The country has been erupting in chaos, mostly due to disgruntled liberals upset about Trump’s triumphant victory on Tuesday. Trump, Obama, and even Hillary are now try to quell the chaos and bring unity back to this country. It would seem the CEO chairperson of PepsiCo, Indra Nooyi, however, doesn’t seem to agree with this notion, whatsoever, instead she just wants to upset the nation.

She made this clear when she came after Trump hard at the New York Times DealBook Conference in Manhattan.

“How dare you talk about women that way!” said Nooyi in reference to Trump’s comments while on the campaign trail and in tape from “Access Hollywood” released this past month. 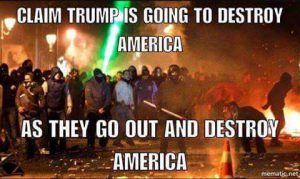 Forbes reports that she continued by saying, “If we don’t nip this in the bud, it is going to be a lethal force in society.”

This is the exact type of behavior that liberals all across the country continue to exhibit that will only continue to divide a fragile country. When Obama is able to come out and say that he is going to “root for” with the future of our country in mind, it shows that liberals like Nooyi don’t really want what’s best for this country they just want to crucify anyone who stands in the way of their political agenda.

“Everybody is sad when their side loses an election,” said Obama. “But the day after, we have to remember that we’re actually all on one team. This is an intramural scrimmage,” The New York Times reported.

She decided to continue her melodramatic speech by ‘reassuring’ the country that it’s not actually going to be an apocalypse.

“The first thing that we all have to do is to assure everyone living in the United States that you are safe,” she said, according to CNBC. “Nothing has changed as a result of this election. The process of democracy has happened. We just have to let life go on.”

Of course, she’s the first one not to “let life go on,” when she came after Trump with petty jabs. Let’s just hope the rest of the liberals can come to their senses before they tear this country apart any further. 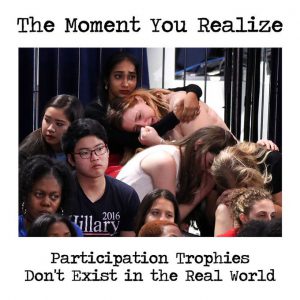