“Experts-logic”: Vanishing island is caused by (Man Made) Global Warming. New islands that are being formed is caused by natural processes (you really can’t make this shit up!)

Warmer air and sea temperatures are changing the face of the extreme north, and while some of the Arctic islands are either altering their shape dramatically – or disappearing without a trace because of the shore collapsing into the sea – some new islands are popping up.

Hydrographers of Russia’s Northern Fleet have established that at least a dozen new islands have formed over the past three years while at least one large island vanished entirely in the Arctic ocean. 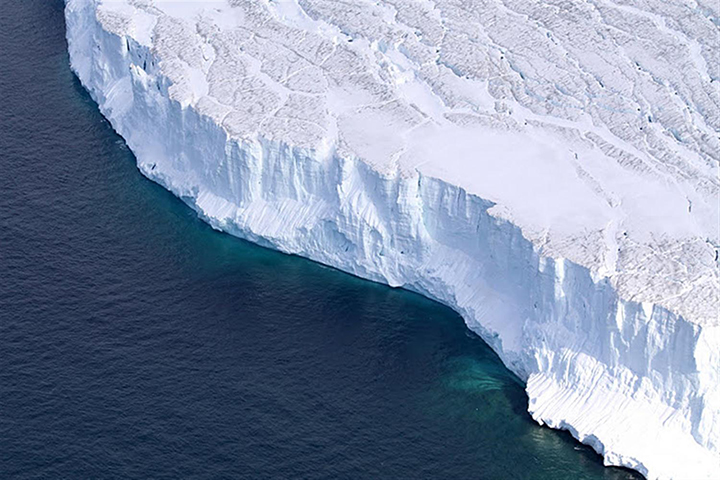 The round-shaped island wiped off the map supposedly by climate change had the romantic name of Perlamutrovy, meaning ‘Pearl’ in Russian. A 1.5-kilometre diameter island was a part of Franz Josef Land and was put on the map over a century ago.

Its highest point was 22 metres, or 72 ft. Perlamutrovy was located next to one of the larger islands of the archipelago, Graham Bell, and was entirely covered by glacier. Satellites stopped seeing the island two years ago and a hydrographic expedition has now confirmed: Perlamutrovy no longer exists. 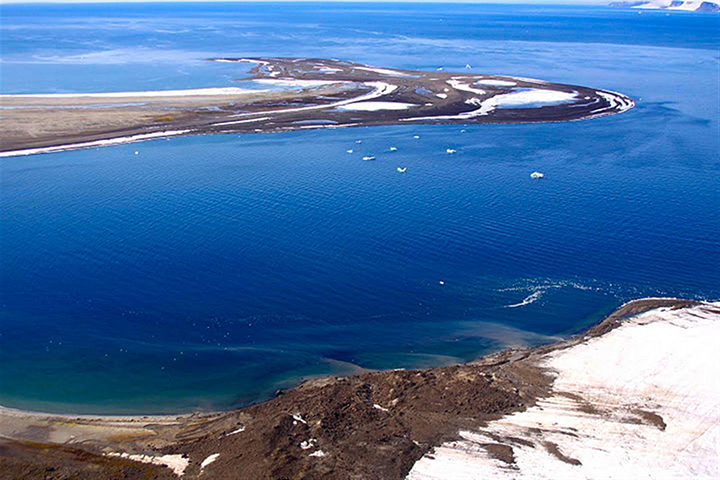 Vyacheslav Baburin, head of the faculty of Russian economic and social geography at Moscow State University believes that it is essential to study the island’s disappearance. ‘It is crucially important to understand what the depths there are now, and what’s gone where, because that changes navigation. ‘Obviously, it is important to map not only the territories rising above the water but also the sea bed.’ 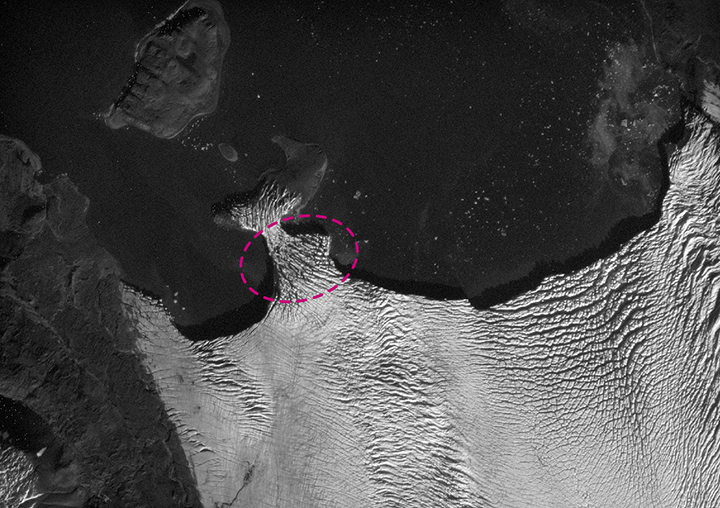 New island in the Arctic discovered by schoolchildren. Picture: Roskosmos / The Siberian Times.

The coast line change is strongly linked to the global climate change, say experts. In his report dated 2016 the chief hydrographer of the Northern fleet, Alexey Kornis, warned: ‘Glaciers of Novaya Zemlya retreated by 2-to-5 kilometres and continue to disappear, as the result of the [global] warming, islands continue to disappear.’ 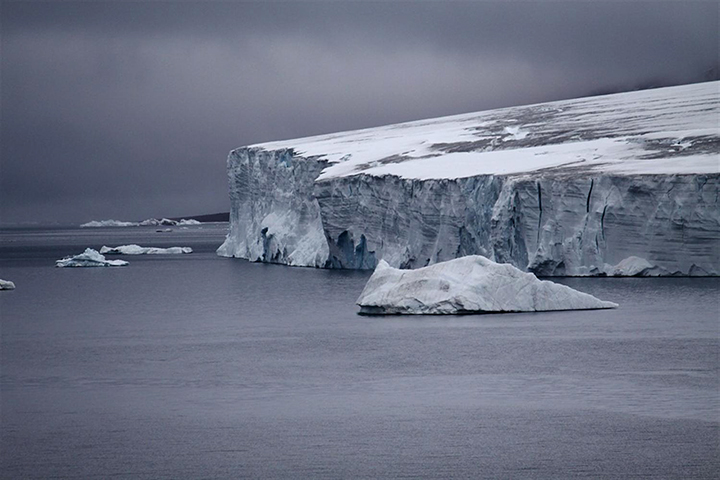 Another researcher raising the alarm is Alexander Kirillov, director of the Russian Arctic reserve. ‘It is related to the planet’s climate change and will bring more surprises,’ he warned. ‘A lot is revealed as glaciers are degrading.

‘It is quite likely that the coastline of Franz Josef Land is different from what modern maps show. ‘And it is important for us to understand why Perlamutrovy disappeared, because it is a specific consequence of the global changes occurring in Russia’s Arctic zone.

‘Shore erosion is observed on Graham Bell island, too. ‘It is possible that the nearby island was washed away, currents have changed, that the bottom rocks started moving.’ 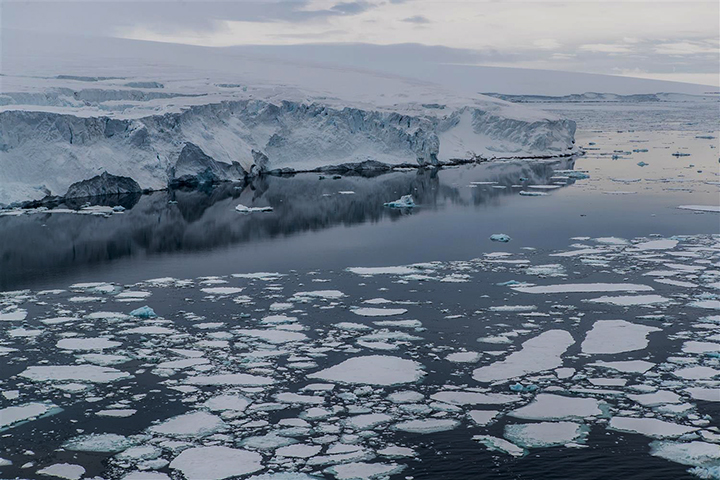 One of the dozen new islands was initially discovered by Russian schoolchildren studying satellite images of the Novaya Zemlya archipelago.

New islands have appeared, too, in the Barents and Kara seas. The Russian government has allocated nearly one billion rubles, or $15.5 million, to study the Arctic this year.

Sure, coastlines are eroding and changing all the time, nothing new or special about that, nor is it caused by (Man Made) Global Warming, (Man Made) Climate change, or AGW simply because that nonsense doesn’t really exist – at all.