Chelsea jumped on Twitter to share a highly inaccurate story about the supposed effects of “climate change,” and proclaimed we only have 3 years to save the world from DOOM.

This reminds us of when Al Gore claimed all the polar ice caps would be gone within 5 years.

That was 8 years ago and it turns out they are ALL STILL THERE.

From The American Mirror

These experts say we have 3 years to get climate change under control. And they’re the optimists-The Washington Post https://t.co/ZCFGpiswXa

“These experts say we have three years to get climate change under control. And they’re the optimists,” she wrote.

A group of prominent scientists, policymakers, and corporate leaders released a statement Wednesday warning that if the world doesn’t set greenhouse gas emissions on a downward path by 2020, it could become impossible to contain climate change within safe limits.

The group, led by Christiana Figueres, who oversaw the United Nations negotiations that produced the Paris climate agreement, base their case on simple math.

The world, they calculate, probably has a maximum of 600 billion remaining tons of carbon dioxide that can be emitted if we want a good chance of holding the rise in planetary temperatures within the Paris limit of 1.5 to 2 degrees Celsius (2.7 to 3.6 degrees Fahrenheit).

2020, of course, is a presidential election year. How convenient.

Just had to send a tweet to this uneducated .. 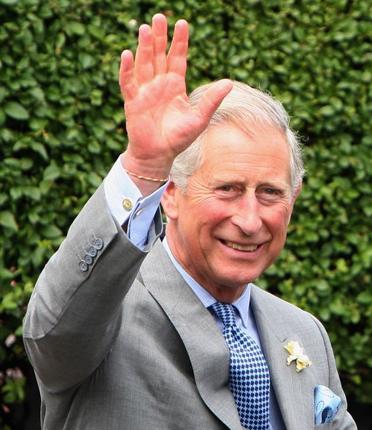 Capitalism and consumerism have brought the world to the brink of economic and environmental collapse, the Prince of Wales has warned in a grandstand speech which set out his concerns for the future of the planet.

The heir to the throne told an audience of industrialists and environmentalists at St James’s Palace last night that he had calculated that we have just 96 months left to save the world.

And in a searing indictment on capitalist society, Charles said we can no longer afford consumerism and that the “age of convenience” was over.

The Prince, who has spoken passionately about the environment before, said that if the world failed to heed his warnings then we all faced the “nightmare that for so many of us now looms on the horizon”.

Charles’s speech was described as his first attempt to present a coherent philosophy in which he placed the threat to the environment in the context of a failing economic system.

The Prince, who is advised by the leading environmentalists Jonathon Porritt and Tony Juniper, said that even the economist Adam Smith, father of modern capitalism, had been aware of the short-comings of unfettered materialism.

Delivering the annual Richard Dimbleby lecture, Charles said that without “coherent financial incentives and disincentives” we have just 96 months to avert “irretrievable climate and ecosystem collapse, and all that goes with it.”

Charles has recently courted controversy by intervening in planning disputes, most notably the battle over the Chelsea Barracks design in London. It is also known that he writes privately to ministers when he wishes to put his concerns on record.

Now, he seems more willing to embrace much wider political issues in a much more public forum.

He confided last night: “We face the dual challenges of a world view and an economic system that seem to have enormous shortcomings, together with an environmental crisis – including that of climate change – which threatens to engulf us all.”

Despite his attack on the materialism of the modern age, the Prince has been criticised for his own indulgences, including dozens of staff to run his homes and hundreds of thousands of pounds spent travelling around the world. While his private estates on the Duchy of Cornwall generate record profits his tax bill was lower than the year before.

Last night the Prince said: “But for all its achievements, our consumerist society comes at an enormous cost to the Earth and we must face up to the fact that the Earth cannot afford to support it. Just as our banking sector is struggling with its debts – and paradoxically also facing calls for a return to so-called ‘old-fashioned’, traditional banking – so Nature’s life-support systems are failing to cope with the debts we have built up there too.

“If we don’t face up to this, then Nature, the biggest bank of all, could go bust. And no amount of quantitative easing will revive it.”

Prince Charles declared on July 18, 2015 that the world now has “just 35 years to save the planet” from “global warming”. But this new climate ‘tipping point’ marks a huge reprieve from Prince Charles original 100 month tipping point issued in 2009.

The 2015 UK Western Morning News interview with Charles revealed that “His Royal Highness warns that we have just 35 years to save the planet from catastrophic climate change.”

Charles extends climate doomsday deadline from months to 35 more years. (H/T to ‘Not A lot Of People Know That’ blog.)

But Prince Charles declared in 2009 that we had just 96 months to save the world from “irretrievable climate and ecosystem collapse, and all that goes with it.” (Note: Four months earlier in 2009, Charles had issued a ‘100-month’ tipping point deadline.)

A July 9, 2009 UK Independent article explained that “the heir to the throne told an audience of industrialists and environmentalists at St James’s Palace last night that he had calculated that we have just 96 months left to save the world.”

“Be in no doubt that unless greenhouse gas emissions reach their peak within about 100 months–just 100 months–it may well be too late to stop temperatures rising beyond dangerous levels,” Charles originally declared in 2009.

And he stuck to his tipping point timeline.

“The grim reality is that our planet has reached a point if crisis and we have only seven years before we lose the levers of control,” he declared as the months ticked away.

In 2014, Prince Charles seemed to lose hope: “We are running out of time. How many times have I found myself saying this over recent years?”

Update: Wash. Times Features Climate Depot: Prince Charles extends climate doomsday deadline by 33 years: “The best projections tell us that we have less than 100 months to alter our behaviour before we risk catastrophic climate change,” the Prince of Wales said in a speech in Rio de Janeiro, as reported by the [U.K.] Telegraph. Four months later, he predicted in an interview with the [U.K.] Independent that the Earth had 96 months left to avoid “irretrievable climate and ecosystem collapse, and all that goes with it.” That prediction, which he continued to reference in other interviews, would have given the world until 2017 before reaching the “tipping point” of environmental catastrophe driven by climate change.

Climate “tipping points” have been a staple of the global warming movement for decades.

It’s difficult to keep up whether it is hours, days, months or 1000 years. Here are few recent examples of others predicting “tipping points” of various duration.

Decades: 1982: UN official Mostafa Tolba, executive director of the UN Environment Program (UNEP), warned on May 11, 1982, the ‘world faces an ecological disaster as final as nuclear war within a couple of decades unless governments act now.’

Millennium: Flashback June 2010: 1000 years delay: Green Guru James Lovelock: Climate change may not happen as fast as we thought, and we may have 1,000 years to sort it out’

It is becoming obvious that the only authentic climate “tipping point” we can rely is this one:

Flashback 2007: New Zealand Scientist on Global Warming: ‘It’s All Going to be a Joke in 5 Years’ 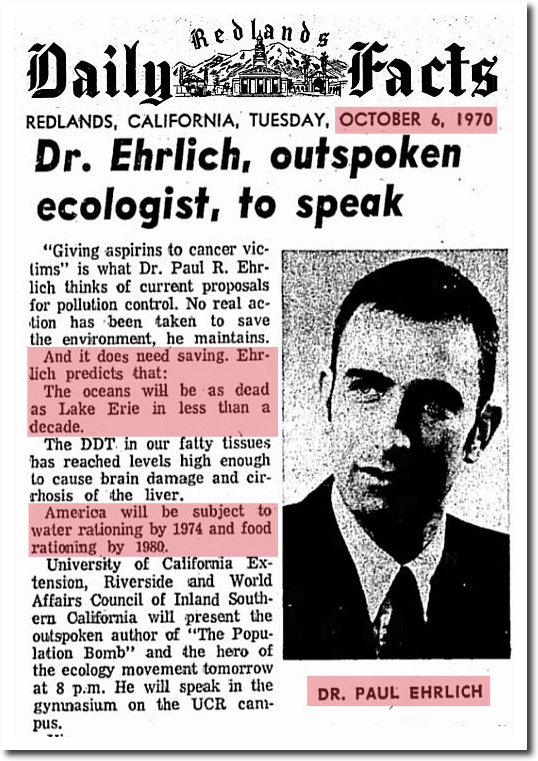