This is the third part of a trilogy intended to get readers to examine more deeply the climate debate. I always tell people they should go look for themselves. I do not expect any person to blindly accept what they are told, and that applies to me also. I do ask that you look at these ideas to gain a greater vision of what’s going on.

The first part addressed perspective. I noted that the timescale we are looking at is only a snapshot of what is a multibillion-year “movie” that contains many scenes leading up to the total story.

The second part challenges the idea that extreme weather events are getting worse.

Which brings us to today’s subject matter: Climate is not impeding human progress. In fact, it’s been quite the opposite in the fossil-fuel era.

Here are some charts to make my point.

Climate-related deaths during the fossil-fuel era have plummeted despite a fourfold increase in population. 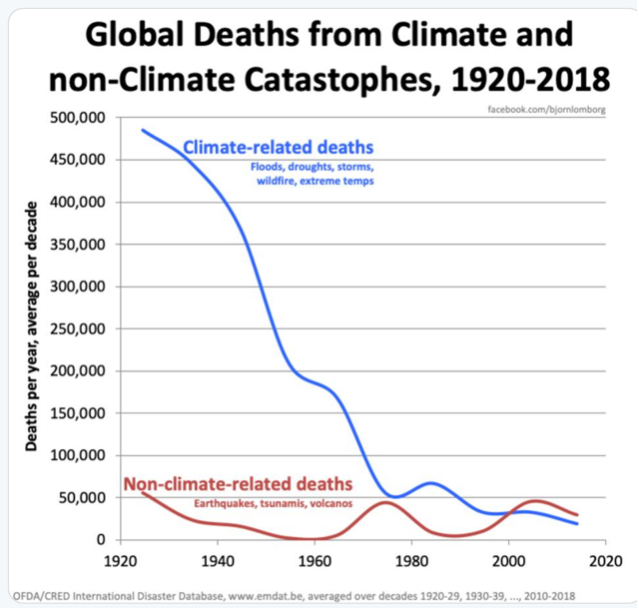 The U.S. and Europe are reducing carbon emissions, leading the way for the world. 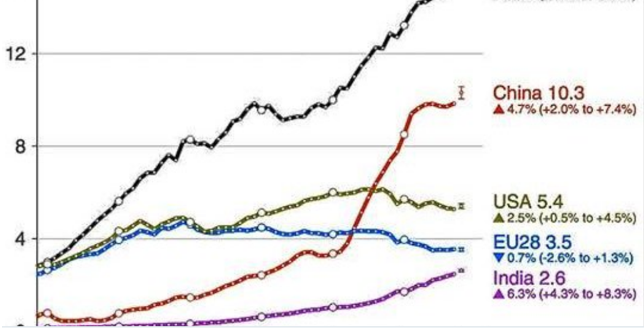 The world poverty rate is plummeting and prosperity is skyrocketing. How is that a sign that life is getting worse? 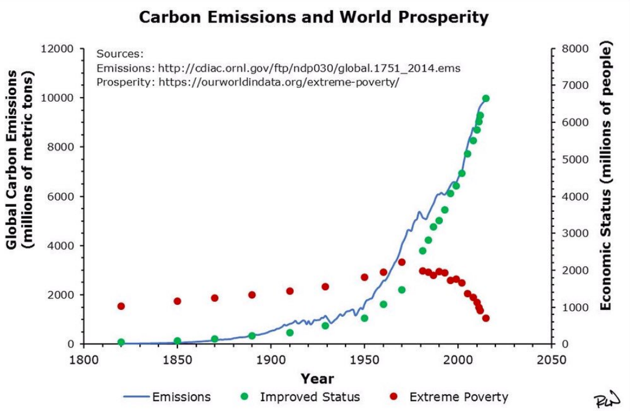 Finally, in the entire history of the planet, CO2 and temperature have not been linked. 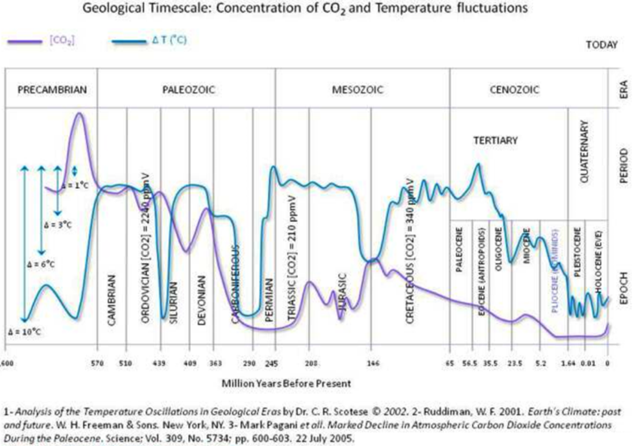 One would have to ignore these facts to push the idea that there is an evolving climate catastrophe — unless, of course, the “catastrophe” is that the human condition is improving. After all, neither prosperity nor happiness fuel revolutions!

The weaponization of the weather is reaching a fever pitch. Recent examples include Mozambique getting hit by a major cyclone (as if major cyclones don’t roam that part of the world) and the floods in Nebraska. Ironically, a major contributor for the latter was the deep snowpack and frozen ground from two months of bitter cold.

Make no mistake: One example after another will be touted and the missive will be ramped up. But the only thing I can do is what I have done here — circulate charts that disprove the mainstream narrative and hope people with open minds will look at them before they make a judgement.

What is this really about? Perhaps the late H. L. Mencken, a Democrat, was prescient when he said:

The whole aim of practical politics is to keep the populace alarmed (and hence clamorous to be led to safety) by menacing it with an endless series of hobgoblins, all of them imaginary. … The urge to save humanity is almost always a false front for the urge to rule it.

The objective reader can factor in these ideas to help form a position.

Logically, if the 8 climate health issues mentioned at the top, was real, it should have been a lot worse 7 – 8 decades ago when the CO2 level was up to 140 ppmv higher than today, all statistics and facts disprove the alarmism.