By Steven F. Hayward
Climate change is over. No, I’m not saying the climate will not change in the future, or that human influence on the climate is negligible. I mean simply that climate change is no longer a pre-eminent policy issue. All that remains is boilerplate rhetoric from the political class, frivolous nuisance lawsuits, and bureaucratic mandates on behalf of special-interest renewable-energy rent seekers.

Judged by deeds rather than words, most national governments are backing away from forced-marched decarbonization. You can date the arc of climate change as a policy priority from 1988, when highly publicized congressional hearings first elevated the issue, to 2018. President Trump’s ostentatious withdrawal from the Paris Agreement merely ratified a trend long becoming evident.

A good indicator of why climate change as an issue is over can be found early in the text of the Paris Agreement. The “nonbinding” pact declares that climate action must include concern for “gender equality, empowerment of women, and intergenerational equity” as well as “the importance for some of the concept of ‘climate justice.’ ” Another is Sarah Myhre’s address at the most recent meeting of the American Geophysical Union, in which she proclaimed that climate change cannot fully be addressed without also grappling with the misogyny and social injustice that have perpetuated the problem for decades.

The descent of climate change into the abyss of social-justice identity politics represents the last gasp of a cause that has lost its vitality. Climate alarm is like a car alarm—a blaring noise people are tuning out.

This outcome was predictable. Political scientist Anthony Downs described the downward trajectory of many political movements in an article for the Public Interest, “Up and Down With Ecology: The ‘Issue-Attention Cycle,’ ” published in 1972, long before the climate-change campaign began. Observing the movements that had arisen to address issues like crime, poverty and even the U.S.-Soviet space race, Mr. Downs discerned a five-stage cycle through which political issues pass regularly.

The first stage involves groups of experts and activists calling attention to a public problem, which leads quickly to the second stage, wherein the alarmed media and political class discover the issue. The second stage typically includes a large amount of euphoric enthusiasm—you might call it the “dopamine” stage—as activists conceive the issue in terms of global peril and salvation. This tendency explains the fanaticism with which divinity-school dropouts Al Gore and Jerry Brown have warned of climate change.

Then comes the third stage: the hinge. As Mr. Downs explains, there soon comes “a gradually spreading realization that the cost of ‘solving’ the problem is very high indeed.” That’s where we’ve been since the United Nations’ traveling climate circus committed itself to the fanatical mission of massive near-term reductions in fossil fuel consumption, codified in unrealistic proposals like the Kyoto Protocol. This third stage, Mr. Downs continues, “becomes almost imperceptibly transformed into the fourth stage: a gradual decline in the intensity of public interest in the problem.”

While opinion surveys find that roughly half of Americans regard climate change as a problem, the issue has never achieved high salience among the public, despite the drumbeat of alarm from the climate campaign. Americans have consistently ranked climate change the 19th or 20th of 20 leading issues on the annual Pew Research Center poll, while Gallup’s yearly survey of environmental issues typically ranks climate change far behind air and water pollution.

“In the final stage,” Mr. Downs concludes, “an issue that has been replaced at the center of public concern moves into a prolonged limbo—a twilight realm of lesser attention or spasmodic recurrences of interest.” Mr. Downs predicted correctly that environmental issues would suffer this decline, because solving such issues involves painful trade-offs that committed climate activists would rather not make.

A case in point is climate campaigners’ push for clean energy, whereas they write off nuclear power because it doesn’t fit their green utopian vision. A new study of climate-related philanthropy by Matthew Nisbet found that of the $556.7 million green-leaning foundations spent from 2011-15, “not a single grant supported work on promoting or reducing the cost of nuclear energy.” The major emphasis of green giving was “devoted to mobilizing public opinion and to opposing the fossil fuel industry.”

Scientists who are genuinely worried about the potential for catastrophic climate change ought to be the most outraged at how the left politicized the issue and how the international policy community narrowed the range of acceptable responses. Treating climate change as a planet-scale problem that could be solved only by an international regulatory scheme transformed the issue into a political creed for committed believers. Causes that live by politics, die by politics.

If climate activists stop boiling in oil anyone who challenges their rationale or policy agenda, they may increase public confidence in the integrity of climate science. 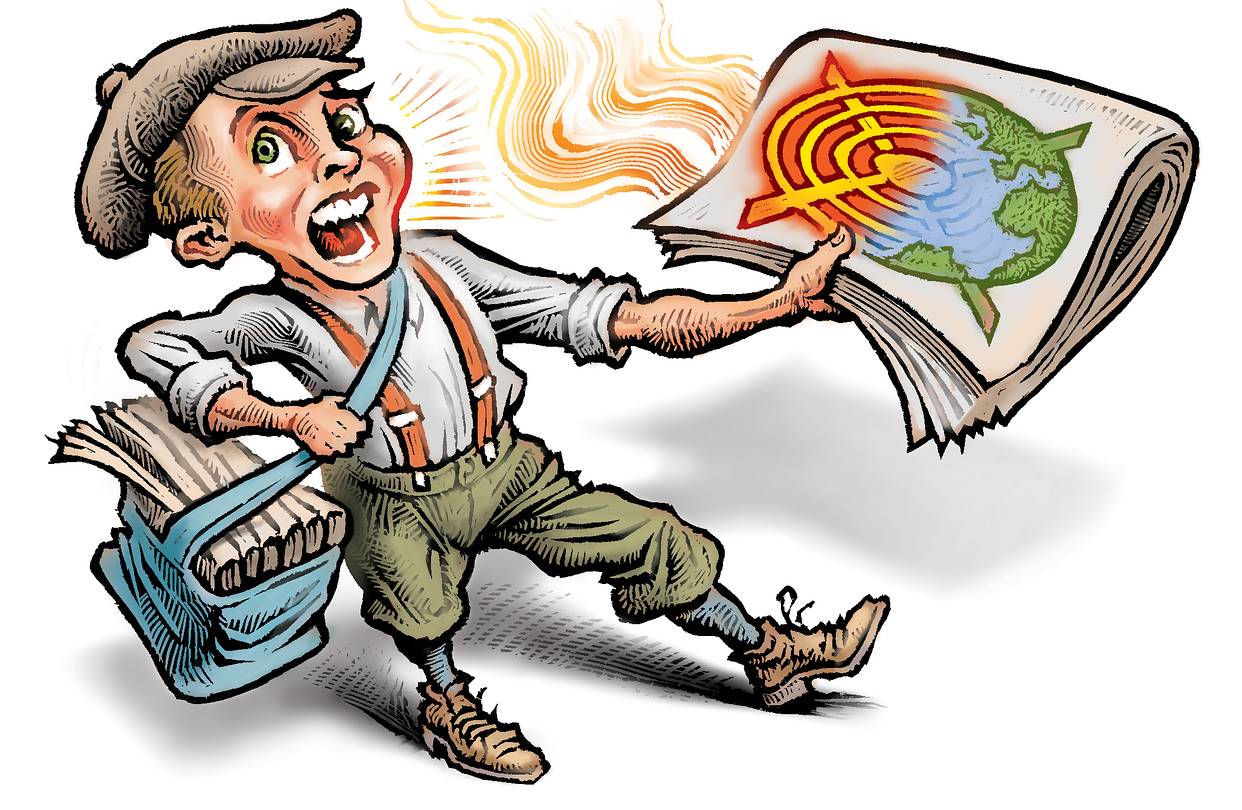 Stewart Easterby is obsessed with the idea that a good salesman can sell anything (“Climate Activists Are Lousy Salesmen,” op-ed, April 26). The fact, however, is that a good product helps, and an acceptable product is necessary. A “climate scientist” is defined as someone with scientific credentials who is necessarily funded by a climate agency. Since research that might refute the consensus isn’t funded, the “vote” of climate scientists is biased.