Fox News finished in first place for the fifth consecutive week, securing its place as the number one news network on cable, beating out CNN and MSNBC combined in both the number of total viewers and primetime viewers.

According to TheWrap, Fox News finished number one in the number of total day viewers for 11 of the past 12 weeks, including for the week of September 12. MSNBC and CNN failed to crack the Top 10 networks among total day viewers, with MSNBC drawing in 656,000 viewers and CNN with 651,000 compared to Fox’s 1.4 million. Combined, MSNBC and CNN garnered 1.3 million viewers.

On social media, disgruntled Bernie Sanders supporters and others critical of the network have taken to referring to CNN as the “Clinton News Network.”

Business Insider notes that according to Nielsen Media Research, Fox Business captured an audience of 181,000 viewers between 9:30 a.m. and 5 p.m. compared to CNBC’s average audience of 171,000 viewers. 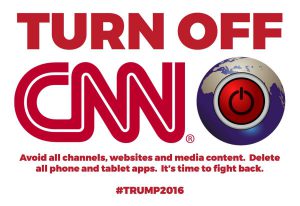