GERMAN Chancellor Angela Merkel faces a hammering in the polls on Sunday as voters reject her open-door immigration policy.

Berlin, her nation’s capital, is choosing its state parliament and her party is likely to be hit hard as the anti-immigrant Alternative for Germany (AfD) gains support. The chancellor’s decision a year ago to open German borders has hit her popularity and dominated the campaign. Over a million refugees entered Germany last year. A poll this week put Merkel’s Christian Democrats (the CDU) on only 18 per cent in Berlin, a city of 3.5 million people, down more than five points from its 2011 vote and only four points ahead of AfD. 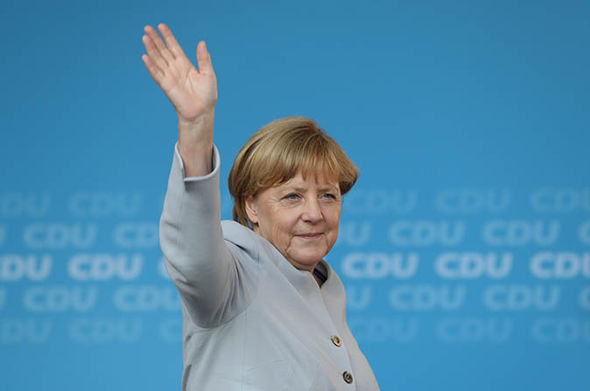 It means that the Social Democrats (SPD), currently in coalition with the CDU, are expected to dominate the Berlin result and it is believed they will shun Merkel’s party to form a coalition with the Greens and radical Left. The AfD pushed Merkel’s CDU into third place in another state election in Bavaria on September 4. Mrs Merkel’s conservative allies have blamed the chancellor personally for the collapse in support and have demanded a migrant cap, a policy she rejects.