A FRENCH politician has been left fuming at plans to re-house migrants in public parks and leisure centres in Paris.

Valerie Pecresse has been told a number of outdoor activity centres in her region would be turned into makeshift migrant reception camps. Two out of the ten centres in the Ile-de-France region, which includes Paris, will now house refugees who do not have a home. But right-wing politician Mrs Pecresse warned that requisitioning public spaces poses a “considerable risk”.

She said the Socialist government was guilty of “double talk” and that the dismantlement of the Calais ‘Jungle’ camp would negatively impact her region, despite interior minister Bernard Cazeneuve’s promise it would not. Paris has largely been left out of the government’s controversial migrant relocation plan, because it has already committed to the opening of two reception centres, with a combined capacity of nearly 1,000 beds. The Calais Jungle is saturated, and faces a never ending influx of immigrants, she warned. 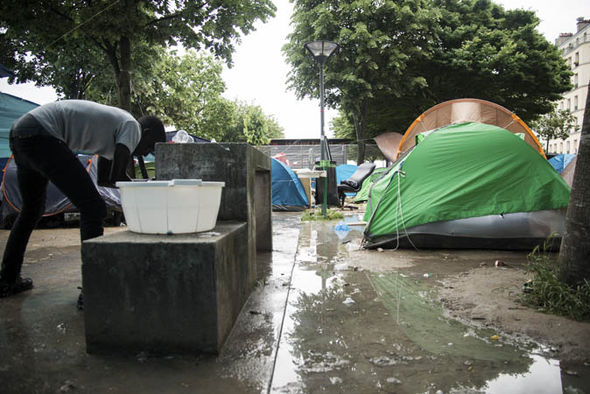 She also accused the French government of incorrectly lumping migrants and asylum seekers together. Mrs Pecresse said: “It is downright unacceptable for the government to fuel this ambiguity between migrants and asylum seekers, and what their actual rights are.  “These people are not in France under the same conditions, they did not come to our country for the same reasons.”

Mrs Pecresse also criticised the high number of illegal migrants in Paris; and said that only one per cent of asylum seekers whose cases have been rejected were being deported and sent back to their country of origin. She said the government should have negotiated a deal to send migrants back to their country of origin, rather than desperately try to “scatter” migrants in shelters across the country. Mrs Pecresse said: “It’s a useless measure.”

Vaccines Are for the Serfs: No Vaccine Rules for Global Elites at UN Meetings This Week — in NY City