Bodies of seven U.S. sailors recovered after the U.S. destroyer collided with the ACX Crystal

YOKOSUKA, Japan—As most of its crew slept on Friday night, the USS Fitzgerald passed through one of Japan’s busiest shipping lanes just south of Tokyo, a watch crew assigned to guide its passage.

In a period of seconds, a 29,000 ton cargo ship loaded with containers plowed into its right side, crushing a large section of the destroyer’s main structure, including the captain’s cabin and sleeping quarters for 116 sailors below the waterline. Seawater flooded in through a large gash.

As the crew scrambled to save themselves and the ship, seven sailors didn’t make it out of the berthing area. Their bodies were recovered by divers after the ship crawled to the port of Yokosuka.

“The water inflow was tremendous,” Vice Adm. Joseph Aucoin, head of the U.S. Seventh Fleet, said in a press briefing on Sunday. “There wasn’t a lot of time” for sailors to react.

Badly injured, the captain, Bryce Benson, escaped from his cabin. He was airlifted to a nearby hospital where he was receiving emergency treatment on Sunday before being questioned.

The question of why a U.S. destroyer was rammed by a cargo ship over three times its size, one of the worst incidents in recent U.S. Navy history, has no immediate answers.

Some former military and commercial shipping captains speculate that the Fitzgerald may have failed to follow international regulations that require ships to give way to other vessels to their starboard, or right side. 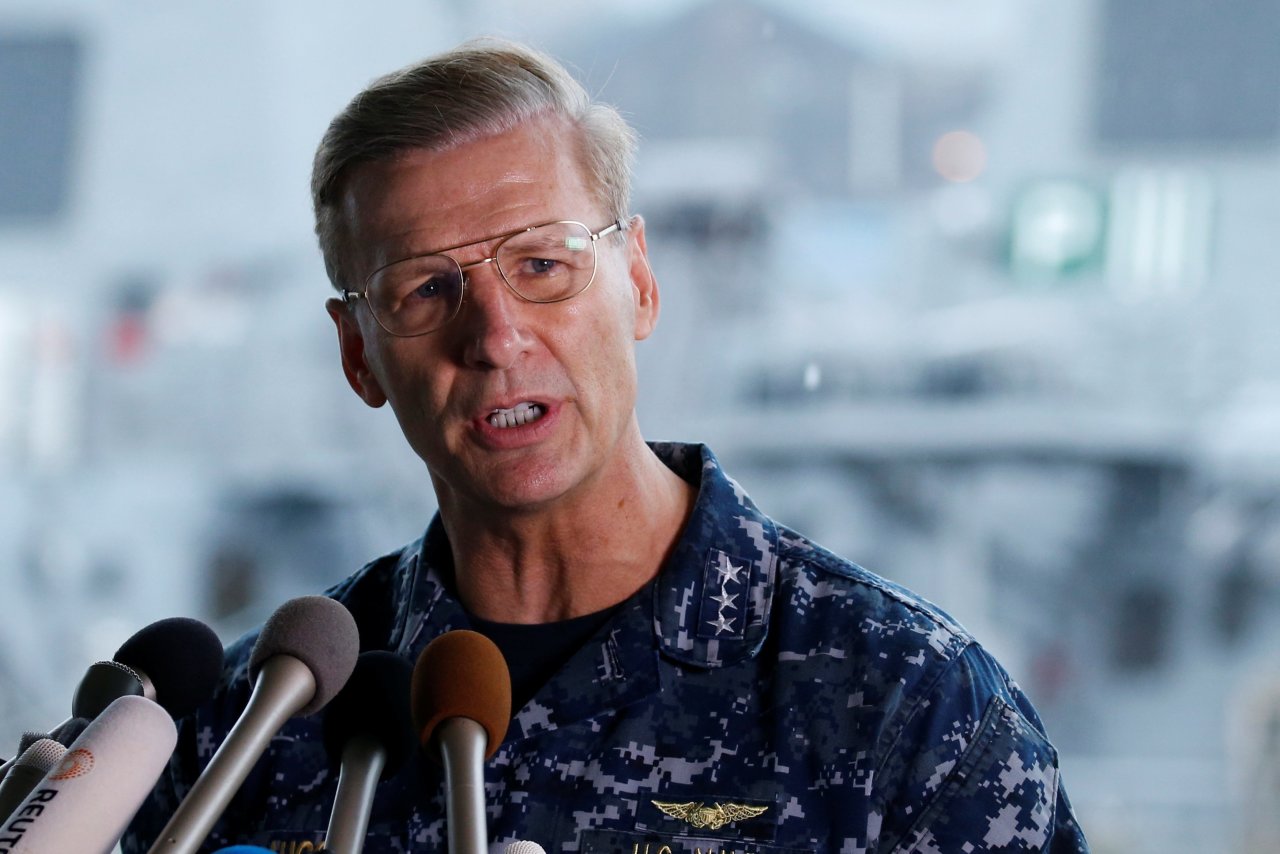 “Unless the destroyer lost steering control, which is unlikely, it should have given right of way to the container ship,” said Yiannis Sgouras, a retired captain of tankers and cargo ships who worked in the world’s busiest trade route from Asia to Europe.

Others caution that there are potentially many other contributing factors to the collision. Tracking data sent by the cargo ship, the ACX Crystal, showed it reversed course around 2:05 a.m. local time, shortly before the time of the collision given by the U.S. Navy of approximately 2:20 a.m.

However, Nippon Yusen K.K . , the Japanese shipping company that operates the 728-foot-long ACX Crystal, has stated that the collision occurred around 1:30 a.m. That discrepancy hasn’t been resolved.

“She did not reverse the course before the collision. She did after the collision,” a Nippon Yusen company spokesman said.

Both Japan and the U.S. are launching investigations, and each side declined to speculate about possible blame. The 20 Filipino crew members of the ACX Crystal, all of whom were unharmed, have been questioned, a spokesman for the Japan Coast Guard said.

Around 400 vessels pass through the region where the collision took place, around 56 nautical miles southwest of Yokosuka, each day, according to the Japanese Coast Guard. Official records show three accidents have been reported in the same area in the last five years.

Collisions at sea for the U.S. Navy are extremely uncommon, said Bryan McGrath, a former destroyer captain, who said they occur only once or twice a decade, if that. He said he couldn’t remember a recent collision that was this consequential.

“There are 275 ships in the Navy and 100 are under way all over the world,” navigating “millions and millions of miles” every year, said Mr. McGrath, who retired in 2008 and is now a consultant. “This is very, very rare.”

Yoji Koda, a retired vice admiral and former commander in chief of Japan’s navy, said that when U.S. Navy vessels are in the vicinity of Japan their alert level is the same as civilian vessels. He said one possibility was that either or both of the ships in the latest collision were using an autopilot system for guidance.

“Although they have watchmen, their responses tend to be delayed,” he said.

Vice Adm. Aucoin said all questions about the cause of the incident would require the results of the investigation, adding that the U.S. would work “hand-in-hand” with Japan.

Navy officials said they were working to inform family members of those killed, and had taken over 500 calls to a hotline for relatives to obtain information about the incident. One senior Navy official said all the crew of the ship were grieving.

Vice Adm. Aucoin said that despite the extensive damage to the Fitzgerald, a ship equipped with an advanced Aegis ballistic missile defense system, it would be restored to the U.S. 7th Fleet. That process could take up to a year, he said.

The repair process could cost around the same as the $250 million spent over 14 months on restoring the USS Cole, a similar ship to the Fitzgerald, which was heavily damaged by a terrorist bombing in Yemen in 2000.