During the 2016 election, FAKE NEWS media was becoming known for pushing fake polls that had Hillary Clinton way ahead of Trump.

In the end, we found out they were all wrong of course.

Looks like they’re up to it again with these “doctored-up” approval polls!

In the month leaded up to the election on November 8th, we repeatedly demonstrated how the mainstream media polls from the likes of ABC/Washington Post, CNN and Reuters repeatedly manipulated their poll samples to engineer their desired results, namely a large Hillary Clinton lead (see “New Podesta Email Exposes Playbook For Rigging Polls Through ‘Oversamples’” and “ABC/Wapo Effectively Admit To Poll Tampering As Hillary’s “Lead” Shrinks To 2-Points“).  In fact, just 16 days prior to the election an ABC/Wapo poll showed a 12-point lead for Hillary, a result that obviously turned out to be embarrassingly wrong for the pollsters.

But, proving they still got it, ABC/Washington Post and CNN are out with a pair of polls on Trump’s favorability this morning that sport some of the most egregious “oversamples” we’ve seen.  TheABC/Wapo poll showed an 8-point sampling margin for Democrats with only 23% of the results taken from Republicans…

…while the CNN poll showed a similar 8-point advantage for Democrats with only 24% of respondents identifying as Republicans.

Of course, as we’ve repeatedly pointed out, these sampling mixes couldn’t be further from reality.

Trump called them out earlier today:

The same people who did the phony election polls, and were so wrong, are now doing approval rating polls. They are rigged just like before. 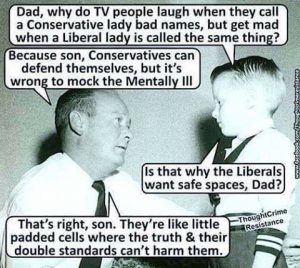