Image: UPDATE on Muslim beheading of a teacher in Paris

Related: “NOTHING TO DO WITH ISLAM,” says French Muslim after savage beheading of a teacher by a Muslim terrorist

By Cassandra Fairbanks – The Gateway Pundit

Delaware Republican senate candidate Lauren Witzke has been locked out of her Twitter account for a second time in a week, after posting a tweet about the Paris terrorist attack that was critical of immigration.

The candidate is now calling for Twitter CEO Jack Dorsey and other big tech leaders to be jailed for violating the First Amendment rights of American citizens.

Witzke was locked out of her account last week for a tweet about the impact of mass migration into Europe.

The latest censorship came after Witzke shared a tweet that included a photo of a teacher’s severed head that was posted to Twitter by a man who claimed to have been the terrorist behind the attack. She commented “Mass third world immigration: The gift that keeps on giving!” along with the screenshot. 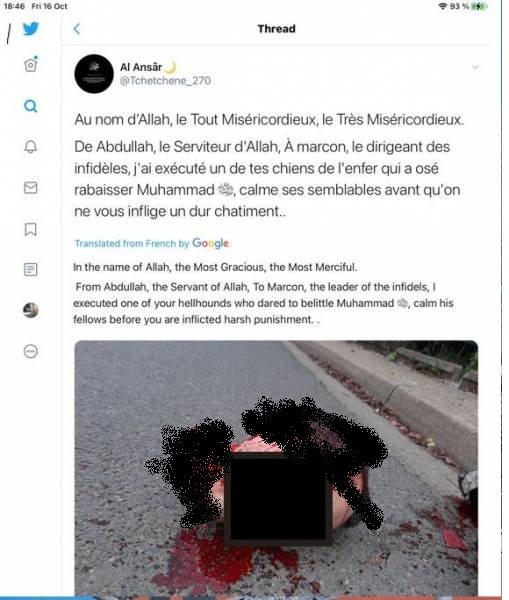 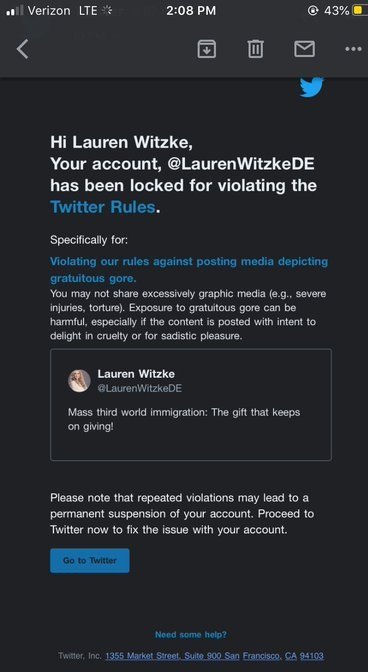 In response, Witzke told TGP that “Jack Dorsey and his ilk are authoritarian thugs who have more power than the worst dictators in history.” She stated that jail time should not be off the table for big tech leaders who are abridging the First Amendment rights of Americans.

“For too long, we’ve given Silicon Valley oligarchs a pass. They may not seem like strongmen or tyrants in a traditional sense, but Jack Dorsey and his ilk are authoritarian thugs who have more power than the worst dictators in history. In an era where most Americans get their information from social media, they control that flow of information and use it to help their far-left allies in the Democrat Party,” Witzke told the Gateway Pundit. “It’s time for the GOP to stop talking and take action against these social media monopolies who are abridging the First Amendment rights of Americans. Criminal liability resulting in jail time for Jack Dorsey and other Big Tech thugs who are interfering in our elections should not be off the table.”

In the tweet she was suspended for last week, Witzke had said, “Let’s be clear, mass migration absolutely destroyed Europe. Italy, France, Sweden and Germany took in tons of migrants who never assimilated. Rapes, murders, and other heinous crimes abound. I will end ALL immigration into the US for ten years.” 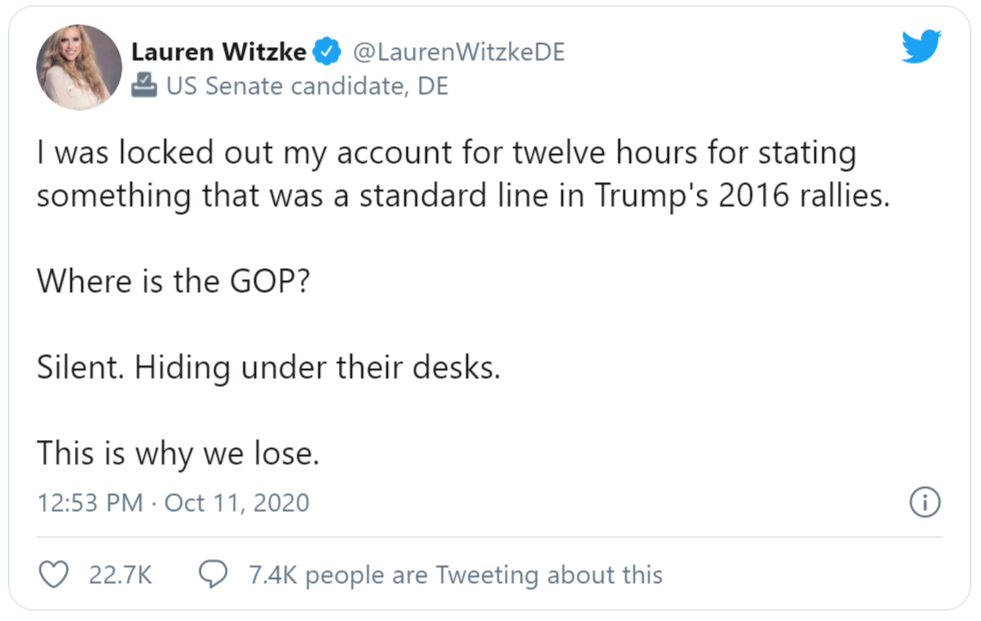 Twitter claimed that this commentary violated their rules against “hateful conduct.”

Father of Muslim who stabbed two outside Charlie Hebdo office is ‘proud’ of son, who is ‘hero across all Pakistan’