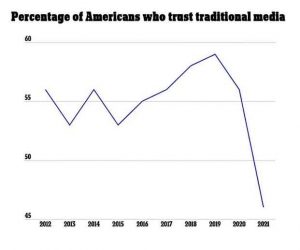 How much power does the deep state controlled media actually still have?

When it comes to Covid the public doesn’t seem to be onboard with the lock down, mask mandate or the vaccine, nor did they manage to kill off the lab leak theory.

The media keep pushing polls showing a huge majority of respondents thinks we’re in a climate emergency, but when an more honest poll is conducted the majority is huge – against and the people asked don’t believe the climate issue is a big deal and certainly not the biggest security threat.

And when it comes to willingness to pay for climate action, the support is even smaller.

How much would people be willing to pay to the government for climate action if they knew it was all a scam (which it is!)?

“The late Andrew Breitbart accurately noted that politics is downstream from culture, something the Democrats have been aware of and used to full advantage since John F. Kennedy. The left now has a near monopoly on pop culture, i.e. the entertainment media, even in areas so ostensibly conservative as country music ..” ref.: Red State.

Whit all this control, why are they losing trust?

Gutfeld: There’s no way CNN can admit they ‘screwed up’ 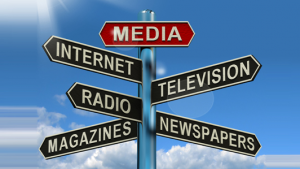