Robert Gehl reports that, in what can only be described as a naked attempt to paint Donald Trump as a racist, CNN claimed Donald Trump was in favor of “racial profiling” to “stop terror,” when he said no such thing.

Trump was talking about Israel’s tactic of “profiling” possible terror suspects and how effective that may be. Here’s his exact quote, courtesy of The Hill. 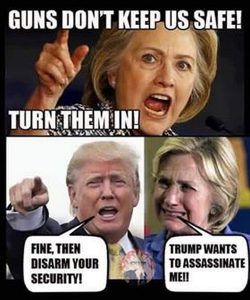 Trump never use the word “racial.” In a subsequent Fox News interview, Trump again spoke of profiling, but never use the term “racial.” As point of fact, Arabs or people from the Middle East are not a separate “race.” In fact, they’re considered “white.”

But none of that stopped CNN, who ran a chyron at the bottom of the screen:

In fact, they used the term “racial profiling” over and over again to describe what Trump is advocating and a story still appears online with the headline: “Donald Trump defends racial profiling in the wake of bombs.”

It’s important to note here: When news outlets put something in quotes, it’s supposed to be exactly what the source says. When CNN puts “racial profiling” in quotes in their headline, they’re telling the audience that it’s precisely what Donald Trump said. And it’s not.

Speaking on a separate example where he was smeared by CNN, Trump told Fox and Friends that the network was “dishonest” for editing out Hillary Clinton’s reference to a “bombing.”