Image: Horror as children’s ice playground goes up in flames in Irkutsk

Wildfires ablaze early in year due to lack of snow, posing threat to railway in Russian Far East. 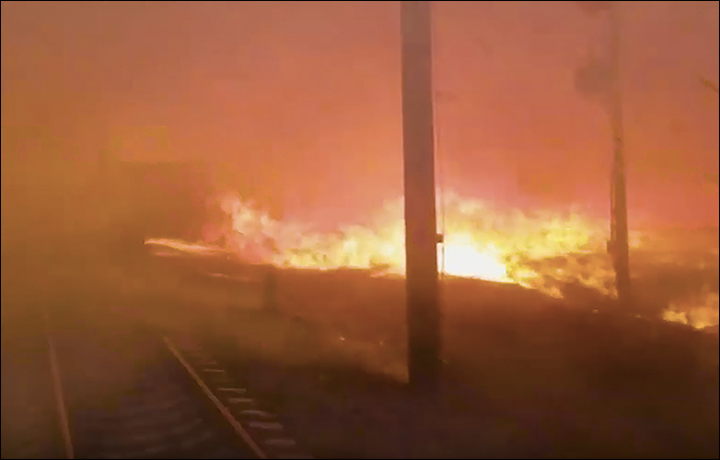 The video shows a train battling through a surging flames and smoke in Primorsky region. The footage supplied to Prima Media was filmed on 27 February. Fire and smoke are so strong on the stretch between Guberovo and Lastochka stations that for some time the train cannot be seen.

Flames were several metres high, it was reported.  Smoke is threatening the city of Vladivostok, the terminus of the Trans-Siberian railway. 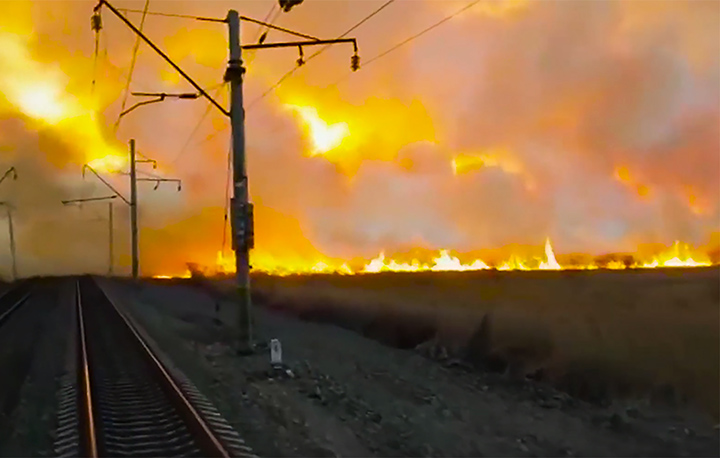 A lack of snow in the Russian Far East is seen as a cause of the early wildfires.

TRAIN GOES THROUGH A WALL OF FIRE

Lorries sunk in Tumara River because ice was not as thick as it looked. 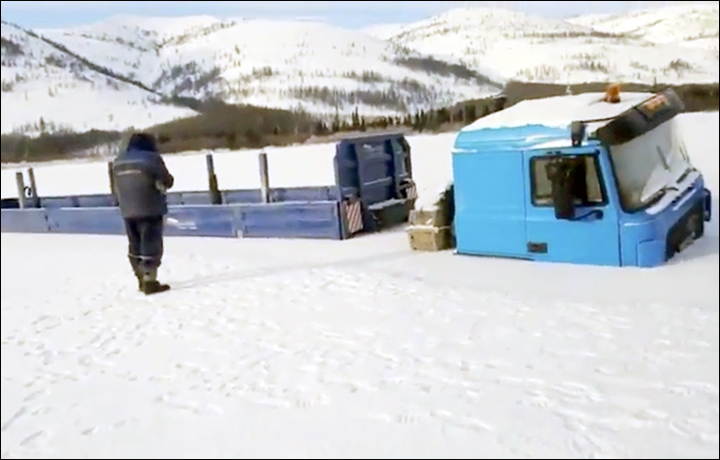 Stuck in ice, two trucks of a local silver mining company got trapped more than a month ago. Drivers have to live nearby as they keep trying to remove their vehicles

Such accidents are a ‘nightmare for Northern truckers’. The drivers are now  living right next to their vehicles on the ice. The trucks from a silver mining company were crossing the river fully loaded with сalcium hydroxide.

The accident was 440 km north of the region’s capital Yakutsk, in Kobyaysky ulus (district). The cargo didn’t get damaged and has been since gradually removed to lighten the load; oil leaked into water.

How can the trucks be pulled out? Northern truckers have their own method and it depends on temperatures falling not rising. They dice ice cubes around the truck gradually building an ice ramp. Then it is hooked up with a cable from the shore and dragged out. But if the temperature warms, the trucks will sink further into the water.