Worshippers at a mosque in Cologne, Germany.

One of the top figures in the CSU, Angela Merkel’s Bavarian sister party, has said Islam has no place in German society and insists the government must reject recent immigration policies or face annihilation by the rising AfD.

“Islam has no cultural roots in Germany and with Sharia as a legal system, it has nothing in common with our Judeo-Christian heritage,” Alexander Dobrindt, the deputy leader of Bundestag’s biggest party, CDU/CSU, told Westdeutsche Allgemeine Zeitung.

“Our ideas of tolerance and charity, freedom and equality, cannot be found in the Islamic world. These values are exactly the reason why so many people want to live with us,” he added, noting that migration from Christian countries to Muslim ones is almost non-existent. 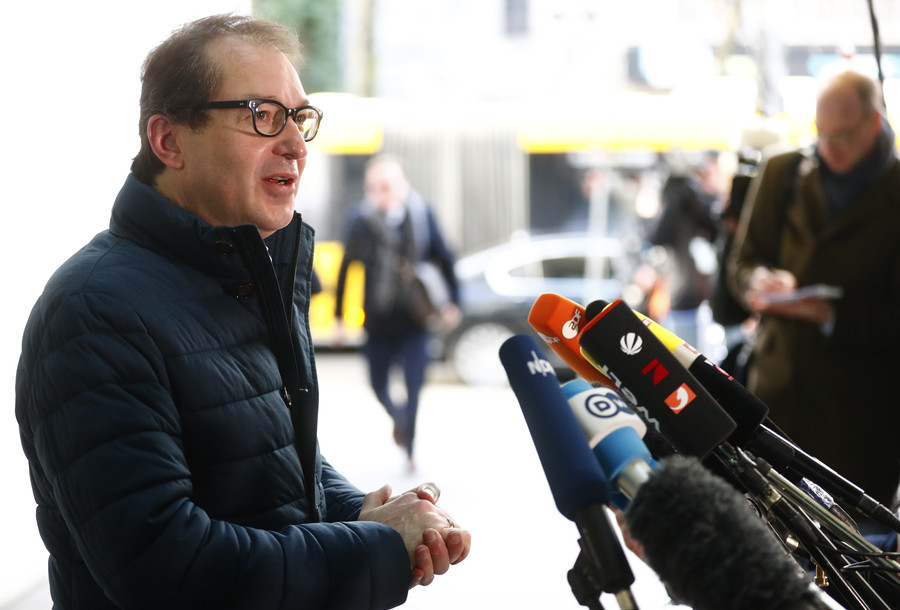 Dobrindt says his ideas are not about “excluding” the Muslims in Germany, who number about 5 million, but rather their belief system, which he said, “has failed to produce a democratic culture in the Islamic world.”

“Muslims who want to integrate into our society are part of our country, but Islam is not part of Germany,” said the politician, who served as the Minister of Transport and Digital Infrastructure until last year.

But Dobrindt also feels that it is unfair to “burden” his homeland with the integration of more refugees, well over a million of whom have arrived in the country, predominantly from Muslim-majority states, since 2015.

“Refugees should return to their home countries whenever this is possible. Family reunifications can also take place in pacified home regions and not only in Germany,” said Dobrindt.

Asked if he was riding the rising tide of populism, Dobrindt said that he wanted to discuss “things people actually care about” and said that many felt shut out by the mainstream parties, hence the rise of the anti-Islam and anti-immigration political party, Alternative for Germany (AfD).

“The AfD sits in the Bundestag with 13 percent of the vote. I want the AFD to leave the Bundestag again. This includes the willingness of the people’s parties to debate issues in their entirety,”said Dobrindt.

The CSU has increasingly cleaved rightwards, at least in public pronouncements, from its senior partner, CDU, as it has seen the two largest mainstream parties achieve their worst election results since the 1940s in September’s election.

But Dobrindt is looking eastward to Hungary for a revival of traditional conservatism.

“Viktor Orban is a close partner and friend of the CSU. He has made a major contribution to enforcing European law at the borders during the refugee crisis,” said Dobrindt, adding that he is disheartened that his recent overwhelming victory in the parliamentary elections is being treated in Germany as evidence of “brainwashing” and not a democratic endorsement.

‘Germany Is Collapsing Because Of Migrants’ – Tommy Robinson Talks About Germany