Image: A drawing of Muhammad circulating on social media

Soleimani’s Death a Body Blow to the Islamic Republic

Most muslims are peaceful, those who are not are both cowards and stupid. They have no honor, fight dirty and operate in gangs. In Norway, numerous people has been attacked by gangs of out of control muslim criminals and many has ended up in hospital severly injured while the norwegian “royals” plea for more tolerance .. to be more generous ..???

Back to Iran and their tough rhetoric – from a “safe distance”:

Agrahi, like many other Iranian officials, evidently saw Tuesday night’s zero-casualty Iranian missile attack on Iraqi bases as insufficient, or as merely a taste of greater retaliation to come.

According to Iranian reports translated by the Kurdish news service Rudaw, Agrahi declared his IRGC is the “strong arm of the Supreme Leader,” meaning Ayatollah Ali Khamenei. He hailed Soleimani as one of the IRGC’s best commanders and said the entire region was “under his control” until the U.S. eliminated him.

“The regime will impose a more severe revenge on the enemy in the near future,” Agrahi promised.

Ayatollah Khamenei got into the game by claiming the rocket attack was “merely a slap” and Iran’s true goal is ending the U.S. presence in the Middle East. He accompanied this with a propaganda photo of U.S. President Donald Trump with a red handprint across his face:

Ayatollah Khamenei says that the attack Iran launched was just a slap in the face and that the real retaliation is still to come. Posting a image on his website of a photoshopped picture of @realDonaldTrump with a slap mark across his face. pic.twitter.com/tdFaiHGoVa

IRGC aerospace commander Amirali Hajizadeh sounded a similar note in a press conference on Thursday, portraying Tuesday’s missile attack as just “the start of a major operation that will continue throughout the region.”

Hajizadeh claimed Iran could have killed 500 Americans in its first attack and 4,000 or 5,000 more with follow-up strikes, but chose to be more merciful. He also repeated Iran’s claims that heavy casualties actually were inflicted by the Tuesday attack but the victims were secretly transferred to “Jordan, the Zionist regime, and also Baghdad” to hide them from reporters.

The Pentagon said on Wednesday that although no one was injured by the Iranian rocket attack, it was not for lack of trying.

“I believe based on what I saw and what I know is that they were intended to cause structural damage, destroy vehicles and equipment and aircraft, and to kill personnel,” Joint Chiefs of Staff Chairman Gen. Mark Milley said, pushing back against the notion that Iran’s missiles were intentionally harmless.

“In my estimation from what I know now, I think it has more to do with the defensive techniques that our forces used as opposed to intent,” he said.

The criminals in Iran still has some of Barry O. Bummer’s billions left. Here’s what they use it for:

The radical mullahs of Iran has no public support, not in Iran and not outside. Like all criminal gangs the loyalty and support has to be bought.

That regime has got to end in order to achieve peace – and for the criminals currently in the west to be returned to the shit holes they came from!

Modern societies has no place for 1400 year old, low IQ barbarism and savagery.

Shock as Female Afghan MP praises President Trump: “Soleimani Was Responsible for the Death of Thousands of Afghan Youth”

Iranian woman “We are fed up with the Islamic regime. We do not want to be an Islamic republic” 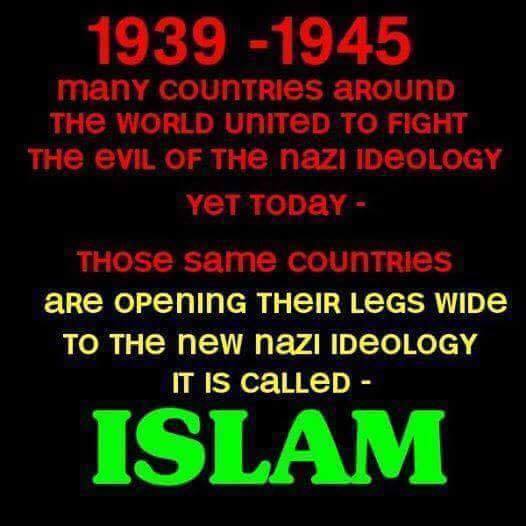 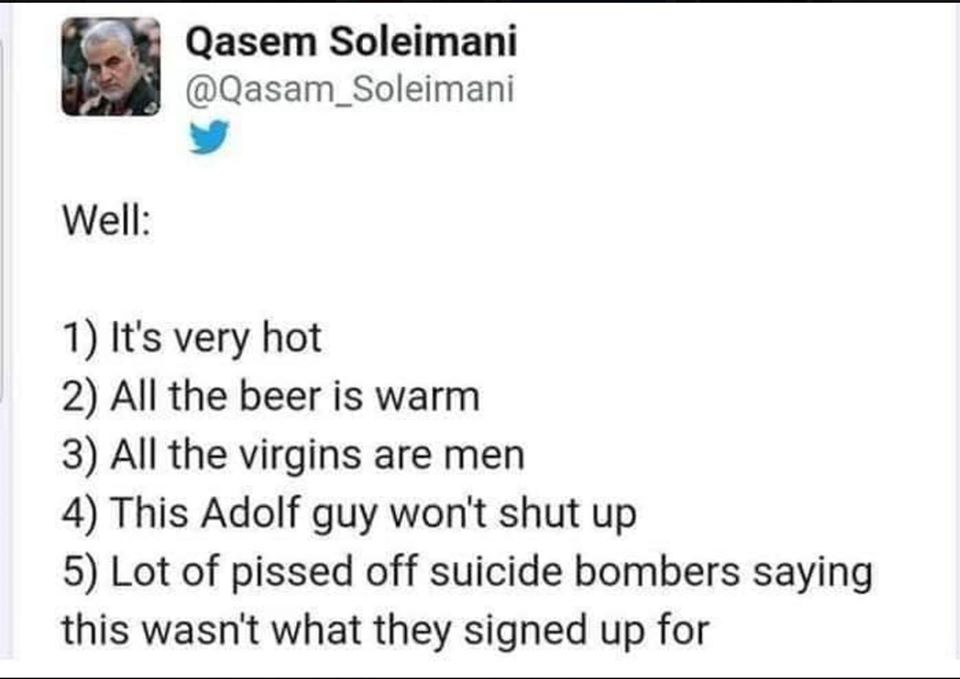 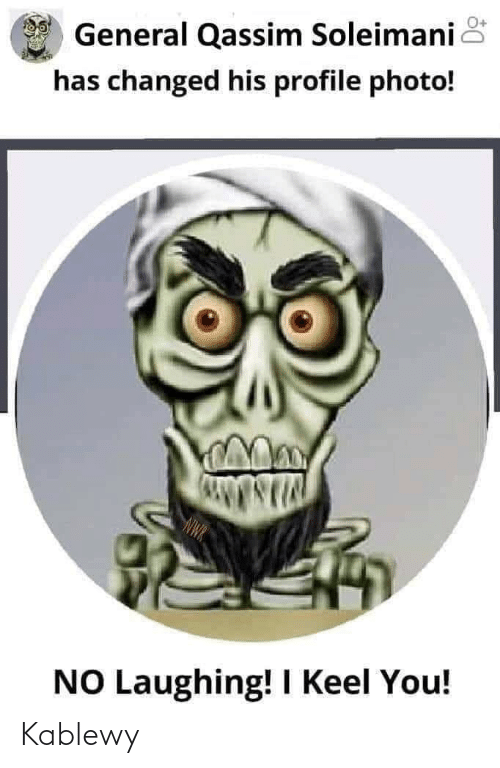 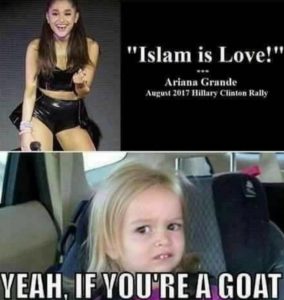 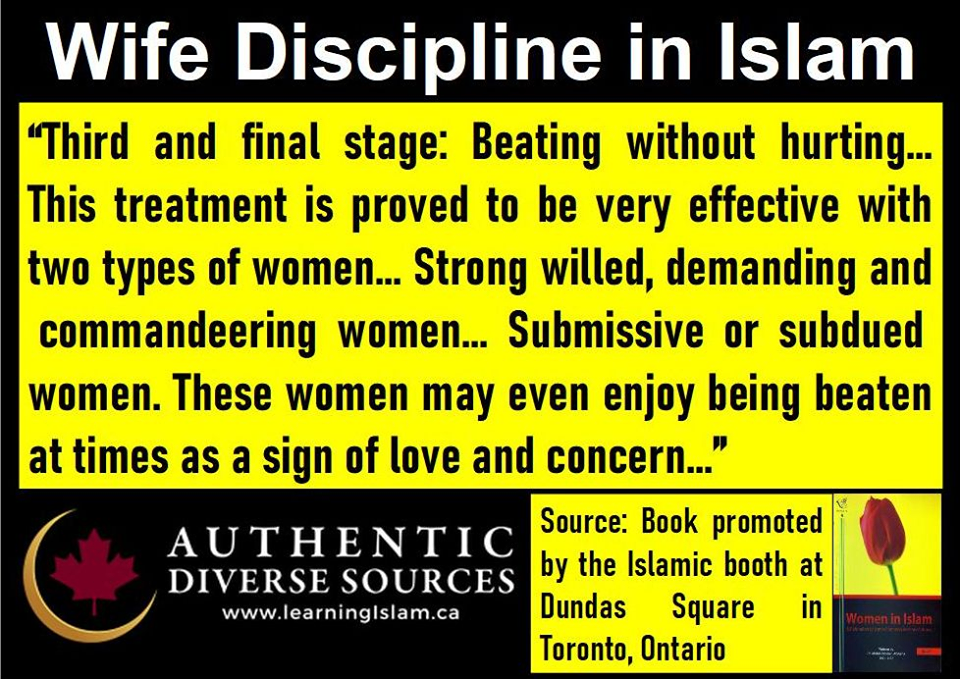 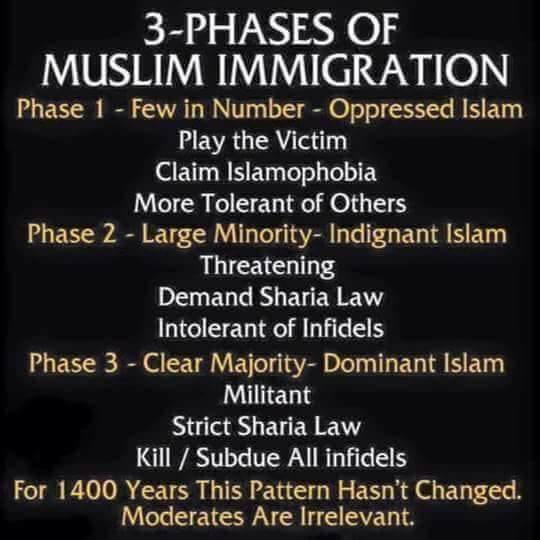 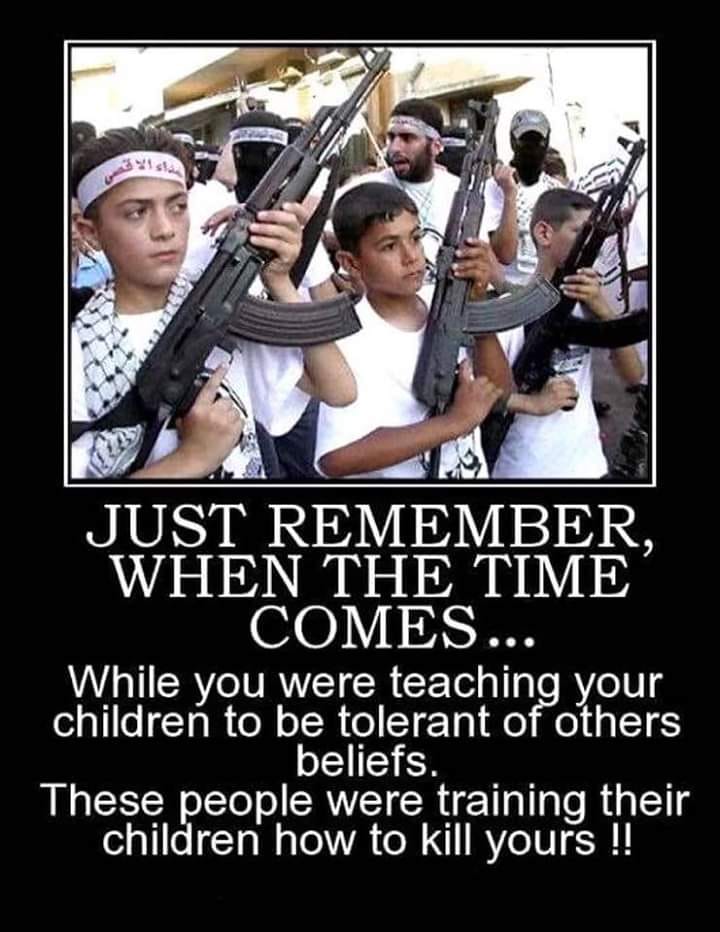