BLOODY dictator Kim Jong-un has warned his enemies to prepare for nuclear war in a terrifying New Year’s Eve threat.

The despot rang in 2017 by telling the West he “would not tolerate” the ongoing military partnership between the USA and South Korea.

The war-hungry lunatic said North Korea would continue to bolster its nuclear warfare programme, despite sanctions and criticism.

The threat was made in an opinion piece in a Pyongyang-based propaganda newspaper.

It claimed the US and South Korea were preparing to invade Kim’s hermit kingdom – and warned North Korea was within its right to launch a preemptive attack. 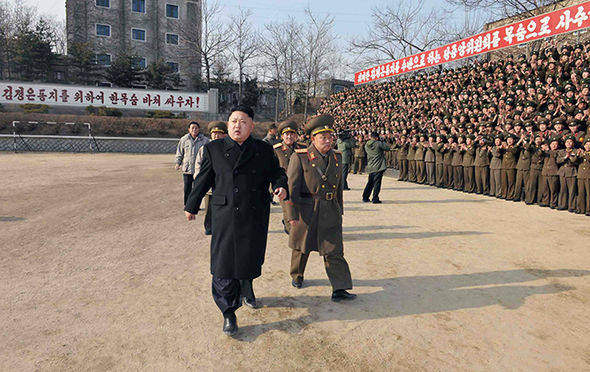 The piece said: “The confab held by the US and the south Korean warmongers on an adventurous military ‘strategy’ goes to prove once again that they are making desperate efforts to invade the DPRK any time. 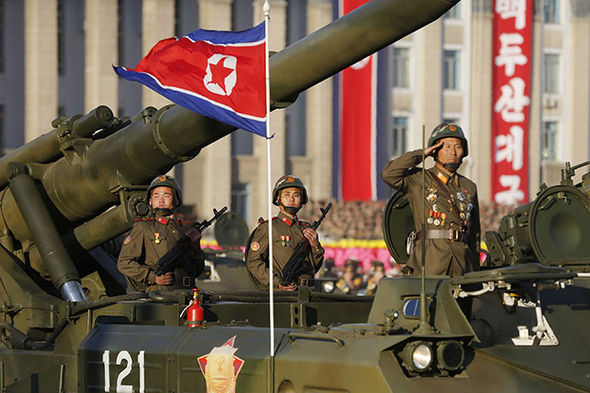 “The US escalating nuclear threat and blackmail against the DPRK and war drum beats can never be tolerated as they are a grave encroachment upon the latter’s sovereignty.

“It is entirely just for the DPRK to bolster up its war deterrence under the present tense situation where a war may break out on the Korean Peninsula any time due to the above-said war moves of the US. 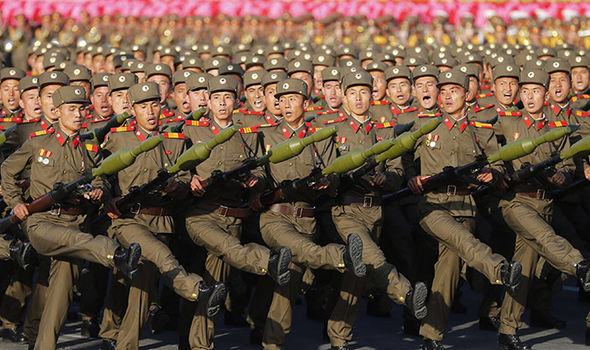 “Now that the U.S. scenario for making a preemptive nuclear strike at the DPRK’s nuclear weapons and missiles has entered the phase of practical implementation, the latter will increase in every way its efforts to disable the former’s striking means.”