Police and medics said 54 people were injured in the explosion, which killed at least 28 people at a busy market in central Baghdad, Iraq.

The blast is said to have occured in the Iraqi capital at the Sinak Market in the Al-Rasheed district.

There was no immediate claim of responsibility for the attacks, but Islamic State regularly targets civilians in the Iraqi capital.

Police said the blasts went off near car spare parts shops in Sinak during the morning rush.

One of the explosions was triggered by a suicide bomber, the other was a planted explosive, an Interior Ministry official said.

Civilians picked through the debris of the explosions including a food cart torn apart by the blast as medics carried off the casualties. 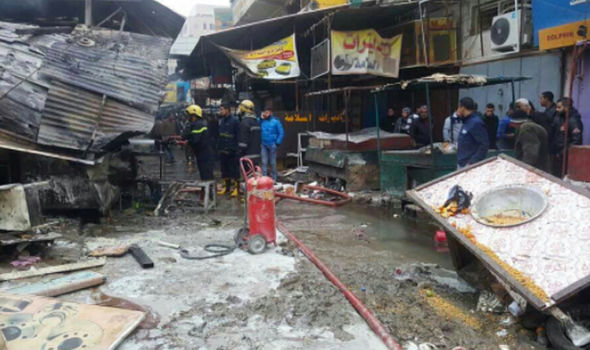 The attack injured at least 43 in Baghdad 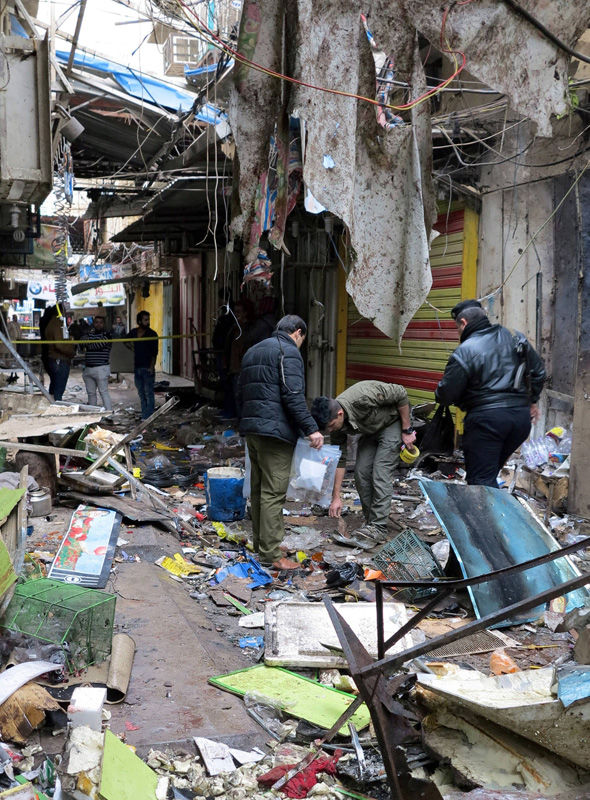 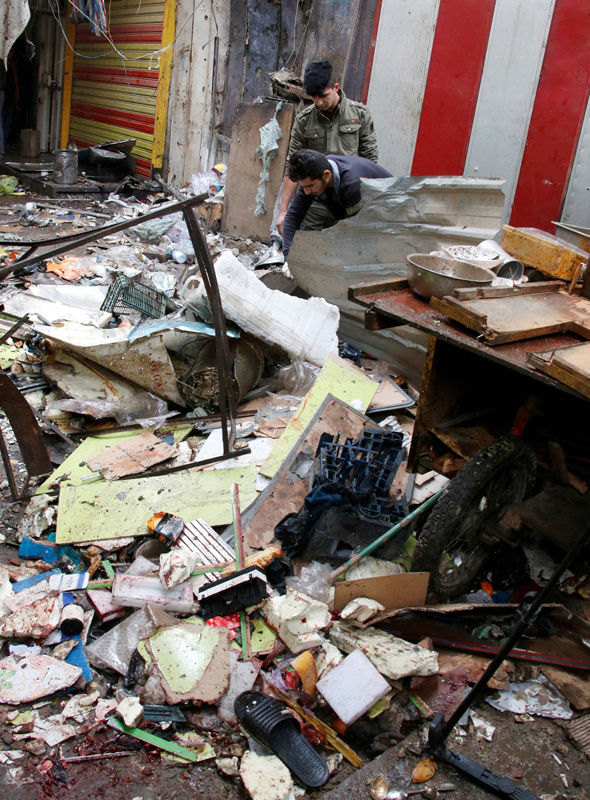 One of the explosions was triggered by a suicide bomber

ISIS has lost much of the northern and western territory it seized in 2014 and is now resisting an Iraqi offensive on the northern city of Mosul.

The city is the jihadi group’s last major stronghold in the country.

Iraqi forces faced fierce resistance from the militants in southern Mosul on Friday, while troops in the city’s east and north cleared areas they had recaptured a day earlier.