In a new video purportedly released by the Islamic State titled “The Cross Shield,” 2 soldiers with the Turkish Army are burned to death in the Aleppo countryside. The video was released on ISIS terrorist channels on December 22. Aleppo was recently retaken by the Syrian government with the help of Russia and Turkey. 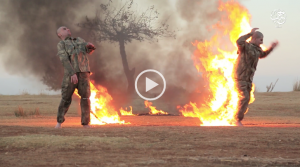 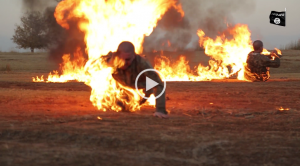 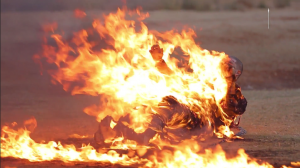 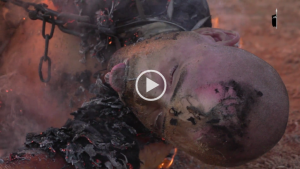 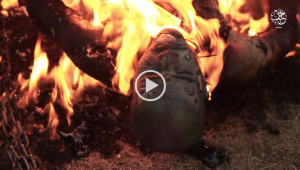 However, ISIS is still fighting Assad forces, his allies, and Turkey in the region. Al-Masdar News reports that yesterday three Turkish Army soldiers were killed and another ten others were wounded in a surprise attack claimed by the Islamic State.

ISIS controls the Syrian city of Al-Bab, which it uses as a command point for raids on eastern Aleppo, a mere 15-minute drive away. Turkey is currently trying to take Al-Bab, with Reuters reporting that “Turkish air strikes on Wednesday destroyed 67 Islamic State targets” in the city.