Portugal’s Met Office has retracted its prediction that temperatures in the country could reach 50ºC — the hottest ever recorded on mainland Europe — this week, drastically revising the forecast down by 10 degrees.

In a statement, the IPMA said forecasts published to its website and app on Tuesday had been “overestimated” for the region between Melides and Vila Nova de Milfontes, and in particular the city of Sines, where temperatures were predicted to reach 50ºC on Thursday and 46°C on Friday. 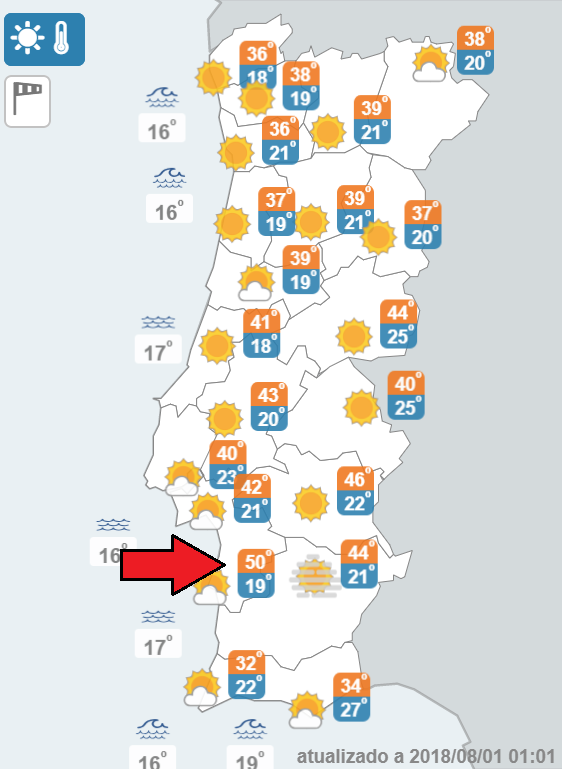 The forecasts were the result of a “statistical method” applied to numeric models, it said.

The IPMA said the actual temperatures expected for these days were between 40°C and 42°C.

The weather service said the miscalculation was the result of “a very marked variation of temperatures” in the country.

“This situation arises from the exceptional temperature episode above the normal values ​​predicted for the beginning of August, after a long period of below-normal temperatures for the time of year,” the statement said.

The record temperature in Portugal was 47.9°C recorded in Amareleja, in August 2003.

Countries across Europe have been struggling with soaring soaring temperatures in recent weeks, with everything from transport to food supply affected, while several areas have been placed under weather alerts because of the extreme heat.