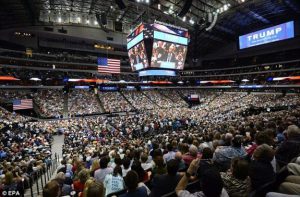 This is the most insane line ever for @realDonaldTrump in Novi, MI! If you see this SHARE IT! Media will never! pic.twitter.com/2YZRrrMaiN