Man Made Global Warming, Climate Change, which we don’t have, has taken a break.

BRITAIN will get its first bitter taste of a long winter this weekend with temperatures poised to hit freezing in parts of the country.

The nation is wrapping up for a wet, windy and cold few days with even the chance of a flurry of snow. The UK will shiver as long-range forecasters warn this winter is shaping up to be the coldest and snowiest since the Beast from the East blanketed Britain in snow for an entire month in 2010. A change in global weather patterns including the onset of LA Nina – the counterpart to the El Nino Pacific warming which set in last year before hitting a decline this spring – threatens the most severe Arctic freeze for years.

America has also been put on whiteout alert amid forecasts the country is facing one of the worst winters in its history. Famous for crippling snowstorms, parts of the US are braced for blizzards and subzero temperatures to hit within weeks. The whole of the northern Atlantic region, which includes the UK, has been left wide open to freezing winds to tumble down from the Arctic.

Experts blame subtle changes in atmospheric pressure affecting the Arctic and North Atlantic Oscillations which are forecast to enter a negative phase this year. A negative North Atlantic Oscillation (NAO) sees atmospheric pressure drop around Bermuda and rise over Iceland. This creates a reduced pressure gradient between the two regions and a weakening of the prevailing westerly winds which usually steer mild, stormy conditions into the UK from the Atlantic. During this negative phase, northern Europe, Britain and America are open to winds coming from further north and winter is usually colder as a result. 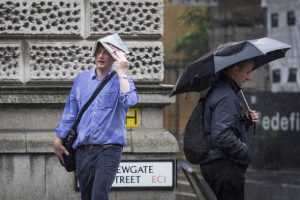 The nation is wrapping up for a wet, windy and cold few days
The same is true of the Arctic Oscillation (AO) which in its cold negative phase weakens westerly winds high up allowing cold air from the Polar region to sink into northern Europe and the US.
Current forecasts show both the NAO and the AO switching to a negative phase in the coming months. Another factor is La Nina which sees temperatures around the west coast of South America drop following an El Nino cycle of warming.

Last year brought the strongest El Nino for 20 years and triggered knock-on effects to the weather around the world. La Nina brings cooler than average temperatures to sea water around the coast of Peru with global effects including colder winters in the northern hemisphere. The first taste of the cold is due this weekend with overnight lows of freezing forecast in the north while the elsewhere shivers in low single figures. James Madden, forecaster for Exacta Weather, said there is even a risk of snow over very high ground in parts of Britain. 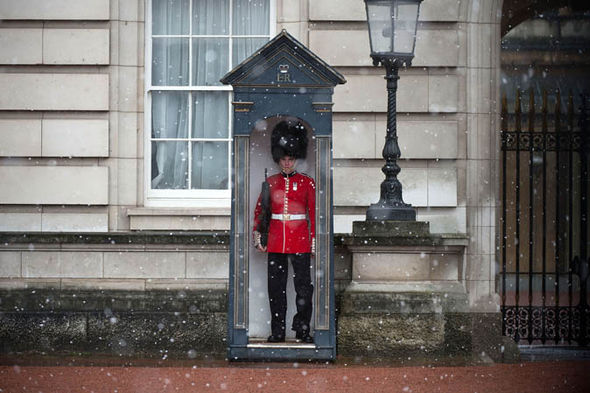 There is even the chance of a flurry of snow hitting the UK
He warned winter is threatening to set in early this year with swathes of the country facing four months of severe weather. He said: “The cooler weekend that is on the cards may even deliver the first snow of the season across higher ground in parts of the north, and this will be an early taster for what we can expect from November onwards, in particular, in the northern half of the country.

“Despite some milder interludes and times in November, we can expect the first significant snow of the season across higher ground and there will also be an increasing risk for some snow to lower levels at times. “A much more traditional and cooler feel to November can be expected with an extensive mix of frost, fog, ice and snow for the northern half of the country. “We also can’t entirely rule out the risk for some of these conditions to spread further south and to parts of the capital at times within November, in particular, towards the final third of the month.” 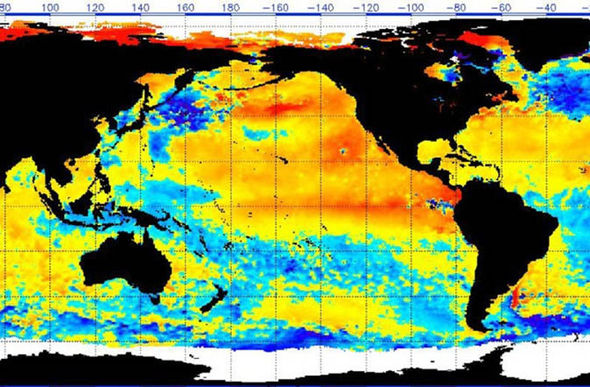 American forecasters are warning the States to prepare for exceptionally cold winter weather to stretch into next spring. AccuWeather spokeswoman Jillian MacMath said: “Frequent storms across the northeastern U.S. this winter may lead to an above-normal season for snowfall. “Unlike last season, in which most of winter’s snowfall came from a few heavy-hitting storms, this winter will last into the early or middle part of spring and will feature frequent snow events. “Winter will slowly creep into the Southeast this season, as very mild air hangs on throughout the month of December. “The chill could spell disaster for the area’s citrus farmers.” 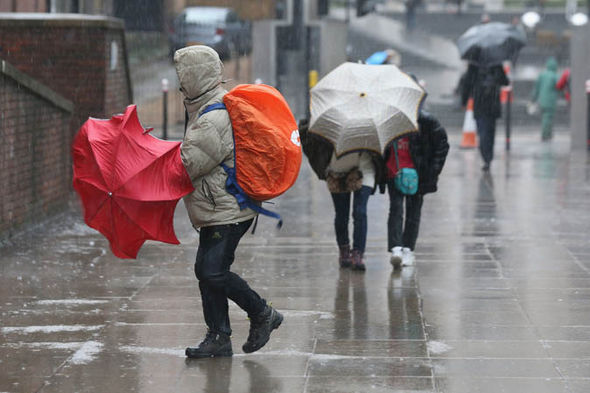 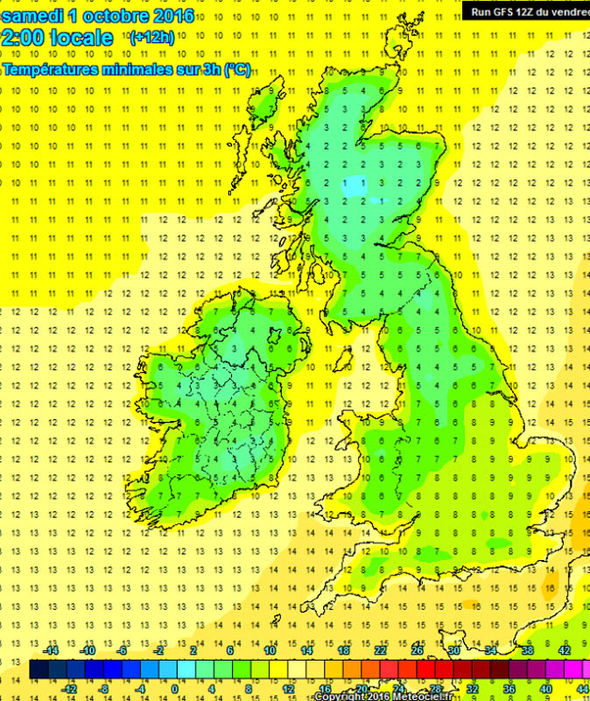 Parts of Britain will see freezing temperatures this weekend

According to the Old Farmer’s Almanac – a long-range outlook founded by Robert B. Thomas in 1792 – the US is in for one of the coldest winters in history. It states: “Winter will be colder than normal, with the coldest periods in mid-December, through most of January, and in early and late February. “The snowiest periods will be in early to mid- and mid- to late December, mid-January, and early to mid- and late February.”