Some would call this pure Karma.

Kamal Khan, who was described as one of the Taliban’s leading experts on constructing road side bombs and explosives, experienced poetic justice when a bomb he was making in Afghanistan detonated too early, killing him and his four sons. 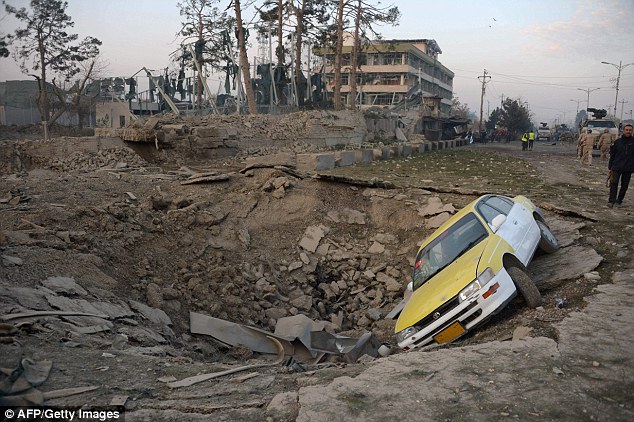 Khan is believed to have been responsible for roadside bombs, like this one in November which exploded outside the German consulate in Mazar-i-Sharif, northern Afghanistan

Khan was making explosives in his home, which have been frequently used to attack government security personnel and international troops in Afghanistan.

Kamal Khan, a Taliban commander in the northern part of the Sar-i-Pul province of Afghanistan, died overnight while making explosive devices in his home.

Zabiullah Amani, spokesman for the provincial governor said Khan was believed to be the Taliban’s best maker of roadside bombs in the region.

These bombs have been frequently and effectively used for years against both government security forces and international troops in Afghanistan.

Afghan civilians are paying a heavy price for the escalating conflict across the country.