China is one of the few nations to stand to really reap the profit if the West shuts down its industries due to CO2. They bought WHO – How do we know they didn’t also buy IPCC? (One thing is for sure, IPCC do not respond well to real science, if they did the AGW-BS would have ended decades ago).

Another thing, why are most everybody supporting the CCP also Communists?

The “Global Warming Graph” alarmists love to cite that actually destroys their own theory: 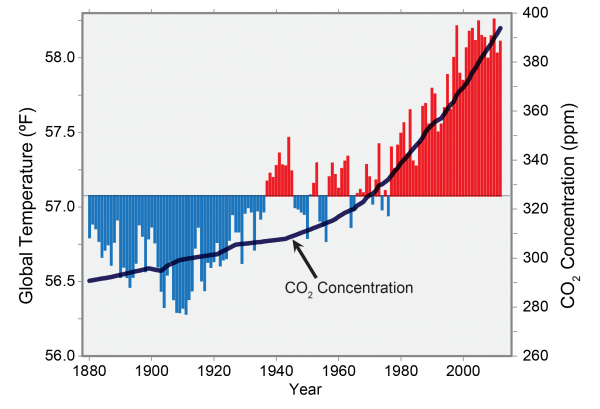 This graph, blindly-cited by many climate alarmists as proof of the correlation between rising atmospheric CO2 levels and global average temperature, actually proves the exact opposite.

To the naked eye (of an idiot), CO2 and temperature may appear to correlate. 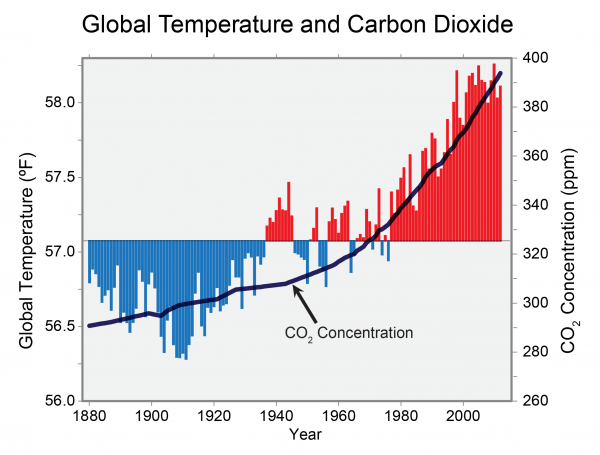 …there are multiple multidecadal periods where that crudely-drawn CO2 concentration curve drifts in the opposite direction to global temperatures.

The chart conveniently begins in 1880 –ignoring the past 4 billion years of proxy data that reveals no link between CO2 & temps– but inconveniently shows a sharp decline in global average temperatures over the next 30 years, until 1910, while CO2 concentrations were increasing.

The next 30 years, from 1910 to 1940, shows global warming finally appearing to manifest, with the mean mercury on planet Earth rising around 1.25F.

But then, and it’s big then, from 1940 to 1980, while atmospheric CO2 levels continued to increase exponentially from 300 ppm to 340 ppm, global temperatures inexplicably COOLED by approximately 0.5F.

This is a mammoth hole in the AGW theory, and one nobody talks about.

I’ll show the chart again, for those on mobile who can’t be bothered to scroll up:

The climate is NOT as simple as the IPPC would have you believe. It is not a one-way system — Earth’s climate is cyclic, never linear. Yet report after report from this UN fraud-factory fails to give natural forcings the time of day. They paint man-made CO2 emissions as the sole driver of rising temperatures, with clouds, the jet stream, and even the Sun apparently playing no part.

Furthermore, and perhaps the most embarrassing part for the collective human race, the sheeple draw-up placards and take this junk-science to the streets. They demand an immediate shutdown to the global economy and our modern way of life.

Well, we just tried that hippies, and it had zero impact:

Now, there used to be one theory doing the rounds attempting to explain those cooling temps between 1940 and 1980 while CO2 levels rose exponentially, and that was aerosols.

It used to be widely claimed that this mid-century cooling was largely due to a high concentration of sulphate aerosols in the atmosphere, emitted by industrial activities. Sulphate aerosols have a cooling effect on the climate because they scatter light from the Sun, reflecting its energy back out into space.

The clean air acts introduced in Europe and North America reduced emissions of sulphate aerosols, and the theory went: as levels fell in the atmosphere, their cooling effect was soon outweighed by the warming effect of the steadily rising levels of greenhouse gases.

However, a few problems exist with this theory: 1) Europe’s clean air acts were passed in the mid-1950s, with the US’s coming into affect in the early 1960s — the impact on global temps should have been felt long-before 1980. 2) While aerosol emissions have fallen across Europe and the US, they didn’t start falling in the former Soviet Union until after 1991, and to this day are still rising rapidly in China and India, offsetting the reductions elsewhere. And 3) aerosols can’t account for that first CO2/global temp anticorrelation from 1880 to 1910.

Simply put, the aerosol explanation is desperate and weak, at best, and implies what — that the clean air act was a bad thing…? AGW is FRAUD, instigated by those on high with controlling, nefarious agendas.

And on top of all this, those rigorously following the science suggest that a cyclical, solar-driven COLD SPELL is actually on the cards, one returning in line with historically low solar activity, cloud-nucleating Cosmic Rays, and a meridional jet stream flow.

DailyKos: It’s OK for Climate Alarmists to Make Things Up Out of Thin Air

Here’s an example of how special the oceans off of New Jersey is, according to the “Green” Rent & Grant Seeking Activists and Criminals (mostly Criminals), pure CO2 magic!!:

No, New Jersey Sea Level Is NOT Rising at Double the Global Average

No, Climate Change Is NOT Making Trees Shorter

Remember in The Bible ..

Some of the things the dishonest alarmists are claiming are just so stupid – you have to be an intellectual to believe ..