It is as if history is being erased. For all that we hear about recent record-breaking climate extremes, records that are equally extreme, and sometimes even more so, are ignored.

In January 1896 a savage blast “like a furnace” stretched across Australia from east to west and lasted for weeks. The death toll reached 437 people in the eastern states. Newspaper reports showed that in Bourke the heat approached 120°F (48.9°C) on three days (1)(2)(3). The maximumun at or above 102 degrees F (38.9°C) for 24 days straight.

By Tuesday Jan 14, people were reported falling dead in the streets. Unable to sleep, people in Brewarrina walked the streets at night for hours, the thermometer recording 109F at midnight. Overnight, the temperature did not fall below 103°F. On Jan 18 in Wilcannia, five deaths were recorded in one day, the hospitals were overcrowded and reports said that “more deaths are hourly expected”. By January 24, in Bourke, many businesses had shut down (almost everything bar the hotels). Panic stricken Australians were fleeing to the hills in climate refugee trains.  As reported at the time, the government felt the situation was so serious that to save lives and ease the suffering of its citizens they added cheaper train services:

“The Commissioner of Railways promised a deputation of members of Parliament to run a special train every Friday at holiday excursion rates for the next month to enable settlers resident in the Western part of the colony to reach the mountains to escape the great heat prevailing.”  (Source)

It got hotter and hotter and the crowded trains ran on more days of the week. The area of exodus was extended to allow not only refugees from western NSW to flee to the Blue Mountains but also people to escape via train from the Riverina to the Snowy Mountains. The stories are heartbreaking. “A child sent to the mountains to escape the city heat died at the moment the train arrived.” “Six infants have died at Goulburn since January 1 through the excessive heat.” Towns were losing their esteemed, lamenting the loss of the good reverend, or of their well known miners. Children were orphaned.

“A woman has been brought to the Bulli Hospital in a demented condition, suffering from sunstroke.  She was tramping the roads, with her husband, two days before, when she was prostrated by a sunstroke.  Her husband carried her through all the sweltering heat to Bulli, taking two days over the journey.” (Source). 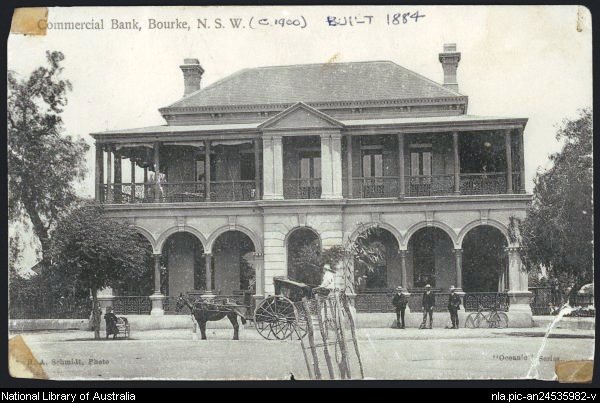 In 1896 the heat was causing people to faint, become demented and was even blamed for driving people mad. “Several women fainted in the streets. A little girl, while walking along Surrey Hills, suddenly became demented through the heat.” In Bendigo “a young man named Edward Swift, hairdresser, was so overcome by the heat that he was unable to work, and in despair shot himself, in the breast. It is a hopeless case.” Longreach “police authorities at Longreach received information that a man who was insane was about fourteen miles out of the town.” “The bodies of people who die of sunstroke decompose very quickly”.  An axe wielding man in Bourke cut down three telegraph poles before he was “secured” by police. Presumably the real cause of the madness was something else, but the heat was the last straw. “Birregurra was stirred from its wanted sleepiness on Saturday evening last by the appearance in the streets of a mad man who caused no small consternation.”  It could be that nuttiness was equally common on other months, or other years. But at the time, people blamed the heat.

With this and people dropping dead in the streets from Perth through Adelaide to Sydney, the heat wave was described as being universal from west to east . It went north into Queensland and south through Victoria.…twice, by which time Australians considered themselves to be “Under Fire”.

Later in 1896, heat waves also occurred in India, Burma, Borneo, America. (It was bad in New York.  Listen here.) There was heat in England, Germany and Spain. 1896 was an example of extreme weather. [It was obviously the fault of the evil power stations, eh? Just 14 years earlier, Edison had built the first coal-fired electric generating station. If only people had understood just how dangerous it was.

Thermometers were non-standardized in 1896. Some of the extraordinary temperatures come from thermometers with descriptions like (“under passion tree vine.”)  There it got to 123 in Ultimo in Sydney on January 14. Though some thought the vine thermometer was actually more accurate “ namely, that what is known as the true shade is the shade afforded at the Observatory by one of the loveliest little summer-houses, almost buried in foliage, but with lattice-work all round, so that the breeze may play upon the thermometers, but where the sun’s rays can by no means be admitted.”.

The Victorian heatwave of 2009 was sold as the worst heat wave in southern Australia for 150 years. But it does not appear to be as widespread, as long, or as hot.  (Though caveats of comparing different thermometer placements apply — the old ones were in odd places, but the new ones are not necessarily well placed either, with some near airports, buildings and walls). What the newspaper records of 1896 show is that modern extreme heatwaves may not be at all unprecedented in temperature, severity and certainly not worse in terms of suffering.

“These events are unprecedented,” Victoria’s energy and resources minister Peter Batchelor said on Saturday. “In some respects, they are not unlike a natural disaster, impacting on a community like a flood or tornado.” (2009)

The Victorian heatwave began on Jan 25 2009 and broke on Jan 30. Deaths in Victoria were estimated at between 200 – 374. The population of Victoria in 2009 was about 5 million, about four times larger than the population of NSW at the turn of the century. Death-rates are not a good indicator to compare the severity of heatwaves, as deaths in 1896 would have been less if air conditioners and modern hospitals had been available then. 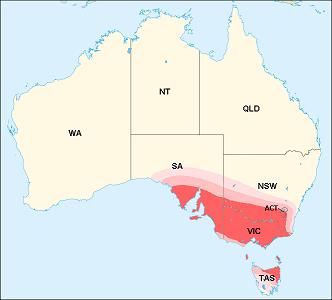 Please note: As well as the caveats mentioned above, the dates given below may be inaccurate and the modern Australian definition of a heatwave  may not have been met in all locations.

Yalgoo W.A. Dec  25 1895 122° or 127° F “the Emerald Hotel, an iron structure” or at the Court House ” The latter structure is a ” wooden frame with duck covering.”;  Marra station N.S.W. 130 F on Jan 21. The link shows a full months record. “The figures were the readings of three different glasses, which were hung in the front verandah at the Marra, station, and were placed out from the wall on a frame to allow the air to get round them, thereby preventing the heat from the wall affecting the instruments.”; Berlino  S.A. 130° F  Jan 22. The thermometer “hangs on a stone house with a thickly thatched verandah facing West” … “never reached by the sun“. From Jan 5 to Jan 13, Berlino recorded many temperatures of 118° – 130° F; Kopperamanna Bore, via Hergott Springs S.A. “under date of January 23 : — ‘For the last month the heat here has been excessive. The lowest the glass has registered in the shade, a good canegrass shed, has been 108°. On three different days it showed 118°, and three times 116°, the average for the last month having been 113°.”; Cockburn S.A. 122° F  Jan 25 (but measured in the general store); Near Cobar at Paddington station around the same “days it rose to 120deg. and 123deg., on a cool verandah, It seems almost incredible, but one night we looked to see what it was at 11 o’clock, and it registered 106deg.”.

What caused the phenomenal heatwaves that hit the world in the late 1800s? It obviously wasn’t our air-conditioners and SUV’s, and carbon dioxide levels had barely risen over pre-industrial levels (the rise nearly all occurs after WWII). 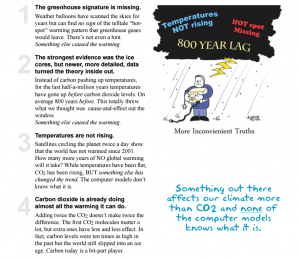