Another thing, if CO2 was warming the planet, it is wrong focus to look at one single emitter and argue the negligible effect reducing its emissions would have as argument for not doing anything. It’s the combined effect of all single efforts that would be the measure of success.

Entertaining the notion, the idea that CO2 is, or can, warm anything has to be rejected unequivocally, at least that’s what all geological data, proxies and real world observations and measurements show (no, not the counterfeited, carefully customized data from the corrupt Rent & Grant Seeking communitiy of dishonest activists and criminals, they, of course, do show a perfect correlation, what is the point of cheating if you don’t get the result you want, ay!?) 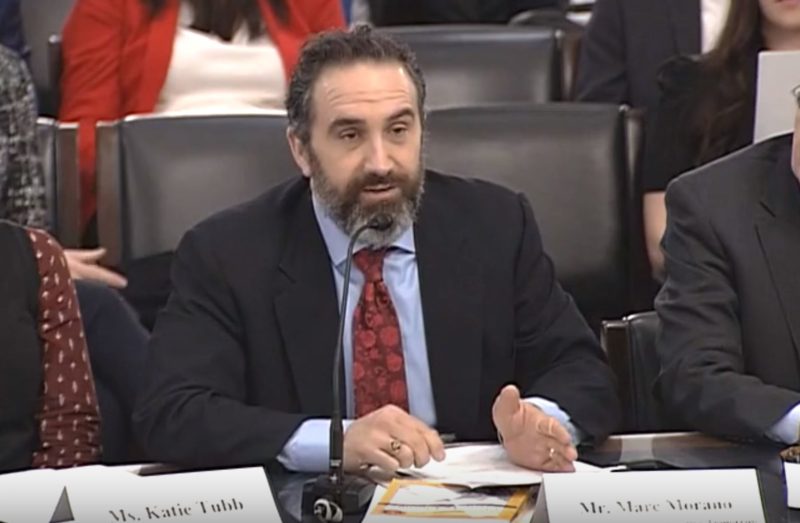 Wednesday was a blockbuster day for congressional testimony.

While disgraced attorney Michael Cohen was telling, to quote Shakespeare, “a tale told by an idiot, full of sound and fury, signifying nothing,” CFACT’s Marc Morano appeared before Congress and exposed everything about the Green New Deal.

As Morano explained to Congress, “The Green New Deal has very little to do with the environment or climate… Global warming is merely the latest environmental scare with the same solutions of wealth redistribution and central planning.”

You can watch Marc testify here.

CFACT’s submission is filled with the facts, figures and history that expose the false premises the GND rests on and the false agendas that lurk behind it.

Marc pointed out that in 1908 fossil fuels accounted for 85% of U.S. energy consumption. In 2015, it was more or less the same.  Shutting off America’s energy, as Representative Alexandria Ocasio-Cortez proposed, without a viable replacement, would destroy us.

As Marc summed up before Congress:

“The Green New Deal has to be opposed, exposed and defeated. We must challenge the economics, ideology and science claims of this deal.”