Jon Voight gave a passionate and powerful introduction moments ago at the Trump Inauguration concert.

It’s finally sinking in. The Obama nightmare is over and a new era has begun!

What Obama’s Exit Looks Like Summed Up With One Cartoon 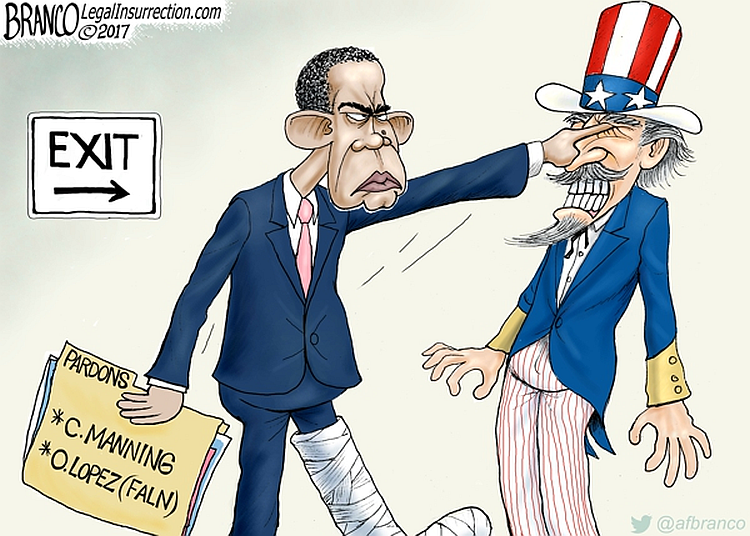 Robert Gehl reports that maybe it was the IRS targeting of conservatives.

Maybe it was his dismissive attitude when Republicans expressed their concerns about Obamacare.

Maybe it was the idiotic “Beer Summit” after Barack Obama called a cop “stupid” for arresting a black professor.

Whatever the reason – and there are many – Barack Obama’s presidency has been a failure.

He has failed to achieve his primary goal – his number one objective upon taking residence in the White House.

Listen to what he said just after announcing he was forming a presidential exploratory committee ten years ago this week:

’I’ve spent some time thinking about how I could best advance the cause of change and progress we so desperately need,” he said. “The decisions that hae been made in Washington these past six years and the problems that have been ignored – that have put our country in a precarious place … our economy is changing rapidly, and that means profound changes for American people … Many of you have shared with me your stories about skyrocketing healthcare bills (Failure), the pensions you’ve lost (Failure) and the struggle to pay for college for your kids (Failure), our continued dependence on oil has put our security and our very planet at risk (Not a failure, despite Obama’s attempts.) and we’re still mired in a tragic and costly war that should never have been waged (Failure).

But more than all this, Obama said ten years ago, our problem is the “smallness of our politics.”

“America’s faced big problems before. But today, our leaders in Washington seem incapable of working together in a practical, common sense way. Politics have become so bitter and partisan, so gummed-up by money and influence, that we can’t tackle the big problems that demand solutions.

Barack Obama, you have failed. At all the things you point out here and more.

The “smallness” of our politics has become even smaller, and you are responsible for that.

Shortly after the election, Obama sat down with Republicans and – discussing his plans – flatly told them “I won.” And he ushered in an era of partisanship and bitterness that has not been seen in decades.

That is Barack Obama’s great failure.