Tom Cotton (R-AR) delivers a speech on the first day of the Republican National Convention on July 18, 2016 (Getty Images)

Hewitt asked Cotton how quickly he believes the FBI could complete its new review of emails related to Clinton’s private email server.

“650,000 emails is a lot of emails,” the Arkansas senator noted. “But then again, when you use modern searching techniques, you might be able to winnow it pretty quickly.”

“You would think that even if it’s in the thousands, or tens of thousands, the FBI has enough agents that they could review them pretty quickly,” he continued. “A lot of these agents are pretty familiar with the subject material, having investigated the Clinton email server to begin with. Some of them, apparently, have been investigating the Clinton Foundation now for months.”

Cotton says he expects the FBI will find “what Director Comey has said he found in the emails from Hillary Clinton’s server and devices, which is that she was extremely careless with the handling of classified information, now so much so that classified information of the United States government may be found on the computer of a man under investigation for underage sex abuse.” 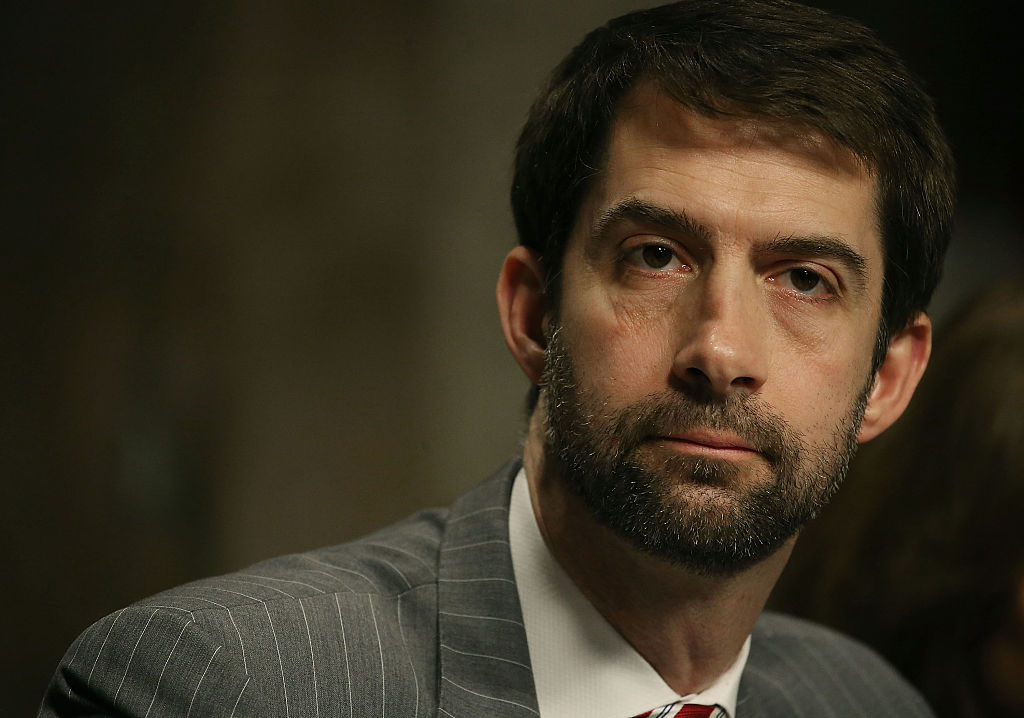 “We now know there were no fewer than four FBI investigations into the Clintons and their close associates — the Foundation, the emails, Abedin and Weiner and Terry McAuliffe, the governor of Virginia,” he continued. “And I suspect that that was a very high-ranking Department of Justice political appointee who was carrying water for the Clinton machine and wanted to shut down an investigation into the Clinton Foundation, which increasingly looks like one of the largest money laundering and influence peddling operations in the world.”

“This is why if Hillary Clinton wins this election and they don’t shut down the Clinton Foundation and come clean with all of its past activities, then there’s no telling the kind of corruption that you might see out of the Clinton White House,” Cotton demanded.

“They did it in the State Department. Of course, they’re going to do it in the White House.”