The United States Central Command (CENTCOM) released the details Friday of its latest strikes against ISIS in Iraq and Syria.

Not only has the U.S. military been conducting their own operations to destroy ISIS targets in the Levant, they are also supporting the Syrian Democratic Forces’ (SDF) Operation Round Up, their latest offensive to destroy ISIS permanently.

Operation Round Up is taking place in Eastern Syria near the Syria/Iraq border, along the Middle Euphrates River Valley.

“ISIS retains a significant presence near the Iraqi borders from which it seeks to retain safe haven to plan attacks around the world and expand its territory in Syria and Iraq,” said officials from the SDF in a CENTCOM press release.

The strikes in Syria were concentrated around Abu Kamal, Al Shadaddi, and Dayr Az Zawr.

On the other side of the border, U.S. and Iraqi Air Forces conducted strikes near Ar Rutbah, Kisik, Mosul, Makhmur, and Al Hawayjah. ISIS cave-complexes and tunnel systems, tactical units, and vehicles were all destroyed.

Reports from the SDF’s progress remain scarce. However, CENTCOM officials stated that an SDF unit did engage with an “unidentified aggressor” Thursday near Dayr Az Zawr. The SDF units acted in self-defense and were able to destroy one enemy artillery piece.

Use this map of the region to see where the fighting is occurring. 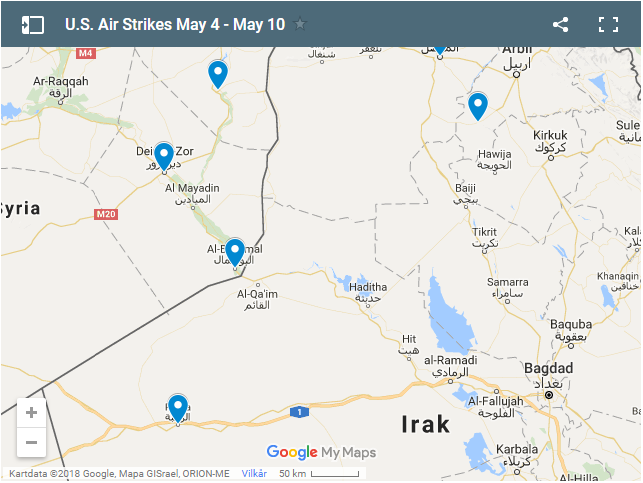 The Final Front in Syria #Damascus Poised to be Liberated by SAA Forces in Push to End War (Rus. eng. subt.)