A U.S. fighter jet shot down a Syrian regime aircraft after it attacked U.S.-backed forces in Syria on Sunday, according to the U.S.-led Operation Inherent Resolve coalition.

An F/A-18E Super Hornet shot down the Syrian SU-22 in what the coalition said was a “show of force” after the Syrian fighter dropped several bombs near Syrian Democratic Forces (SDF) fighters south of Taqbah. The coalition acted “in accordance with rules of engagement and in collective self-defense of Coalition partnered forces,” according to the task force’s statement. The engagement represents the first time a U.S. aircraft has shot down an aircraft belonging to the Bashar al-Assad regime.

“The Coalition’s mission is to defeat ISIS in Iraq and Syria.  The Coalition does not seek to fight Syrian regime, Russian, or pro-regime forces partnered with them, but will not hesitate to defend Coalition or partner forces from any threat,” said the coalition statement. “The Coalition presence in Syria addresses the imminent threat ISIS in Syria poses globally. The demonstrated hostile intent and actions of pro-regime forces toward Coalition and partner forces in Syria conducting legitimate counter-ISIS operations will not be tolerated.”

The U.S. used the established “de-confliction line” to notify Russia after the Syrian jets attacked.

Coalition forces, including the SDF, are currently engaged in operations against ISIS’s capital of Raqqah, which lies northeast of Taqbah.

The statement concluded by calling “on all parties to focus their efforts on the defeat of ISIS, which is our common enemy and the greatest threat to regional and worldwide peace and security.”

Moscow views the US-led coalition’s attack on the Syrian government military jet as an act of aggression and assistance for the terrorists that the US is fighting against, according to Russian Deputy Foreign Minister Sergey Ryabkov.

“What is it then, if not an act of aggression, an act directly in breach of international law,” Ryabkov told journalists in Moscow.

“If you want, it’s actually help for the terrorists the US is fighting, declaring that they are conducting a counterterrorism policy,” the official added.

Ryabkov added that he believed the strike “should be first of all regarded as the continuation of the US agenda of neglecting the norms of international law. Regardless of who has power in Washington, people there are used to the fact that there are circumstances allowing them to arrogantly look down on – and in some situations, to openly ignore – the basics of international relations.”

A Syrian SU-22 warplane was shot down by a US F/A-18E Super Hornet on Sunday while it was on a mission in the countryside around Raqqa.

Damascus stated that the plane was carrying out operations against Islamic State (IS, formerly ISIS/ISIL) terrorists when it was downed.

Washington says that the Syrian warplane “dropped bombs near SDF fighters south of Tabqah” and was shot down in accordance with “rules of engagement” of Coalition partnered forces.

Earlier, Russia’s Foreign Minister Sergey Lavrov urged US forces in Syria and those of any other country to refrain from unilateral, uncoordinated action.

“We call on the US and all others who have their forces or advisers on the ground in Syria to ensure the coordination of our work,” he said.

De-escalation zones are one of the possible options to move forward jointly, he said.

“We call on everyone to avoid unilateral moves, respect Syrian sovereignty and join our common work, which is agreed with the Syrian government,” Lavrov said.

He also called on everyone on the ground to “respect Syria’s sovereignty and territorial integrity.” 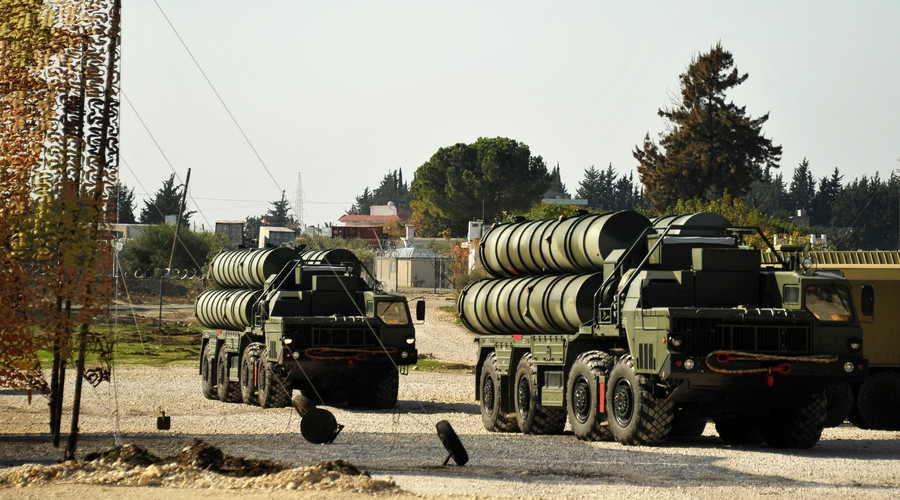 The Russian Defense Ministry announced it is halting cooperation with its US counterparts in the framework of the Memorandum on the Prevention of Incidents and Ensuring Air Safety in Syria following the coalition’s downing of a Syrian warplane.

The ministry has demanded a thorough investigation by the US military command into the incident with the Syrian government military jet, with the results to be shared with the Russian side.

“In the areas of combat missions of Russian air fleet in Syrian skies, any airborne objects, including aircraft and unmanned vehicles of the [US-led] international coalition, located to the west of the Euphrates River, will be tracked by Russian ground and air defense forces as air targets,” the Russian Ministry of Defense stated.

The actions of the US Air Force are in fact “military aggression” against Syria, the statement adds.

The ministry emphasized that Russian warplanes were on a mission in Syrian airspace during the US-led coalition’s attack on the Syrian Su-22, while the coalition failed to use the communication line to prevent an incident.

“The command of the coalition forces did not use the existing communication channel between the air commands of Al Udeid Airbase (in Qatar) and the Khmeimim Airbase to prevent incidents in Syrian airspace.”

The ministry considers the move “a conscious failure to comply with the obligations under the Memorandum on the Prevention of Incidents and Ensuring Air Safety in Syria,” and is thus halting cooperation with the US within the memorandum framework as of June 19, the statement concluded.

Earlier Russian Deputy Foreign Minister Sergey Ryabkov condemned the attack, branding it an act of aggression which actually helped the terrorists the US is fighting against.

The US-led coalition downed the Syrian government warplane on Sunday. At the moment of the attack the jet was carrying out operations against Islamic State (IS, formerly ISIS/ISIL) some 40km from Raqqa, the Russian Defense Ministry said. The pilot ejected from the plane above IS-controlled territory and is still missing.