If there’s something that makes America great it’s that crushing optimism and can-do attitude! If there’s an obstacle, no matter how big, the Americans believe just pour enough billions of dollars into it and eventually it will go away.

So how many billions is needed to turn a ridiculously ambitious, shockingly over-engineered and disastrously ill-conceived piece-of-crap like the F-35 into something resembling a useful weapon? About 1,100 billions according to the US Air Force which has recently declared its version of the flying contraption operational.

But the Air Force is really more American (optimistic) than that. Its top commander in Europe explained the prospect of going up against an F-35 must be leaving the Russians terrified as it would kick their butts like “an invisible Muhammad Ali”:

When asked how America’s new fifth-generation F-35s would perform against their Russian counterparts, Gen. Tod Wolters, commander of US Air Forces in Europe, says it wouldn’t even be close.

“It forces the Russians to take a look at what we are doing and to realize that if they had to embrace us they might be in a position where they had to jump into a boxing ring and fight an invisible Muhammad Ali.“

That’s very American of the general seeing how people who aren’t shooting for a gig with Lockheed-Martin after retirement are asking if the F-35 will ever be ready for combat.

That’s in part due to a recent memo from Pentagon’s top testing official (directly appointed by the President) explains that according to Air Force’s own test data the machine is a liability and not remotely suited for service yet.

So then what General Tod Wolters really meant was that F-35 would beat the Russians senseless, if it could actually climb into the ring? 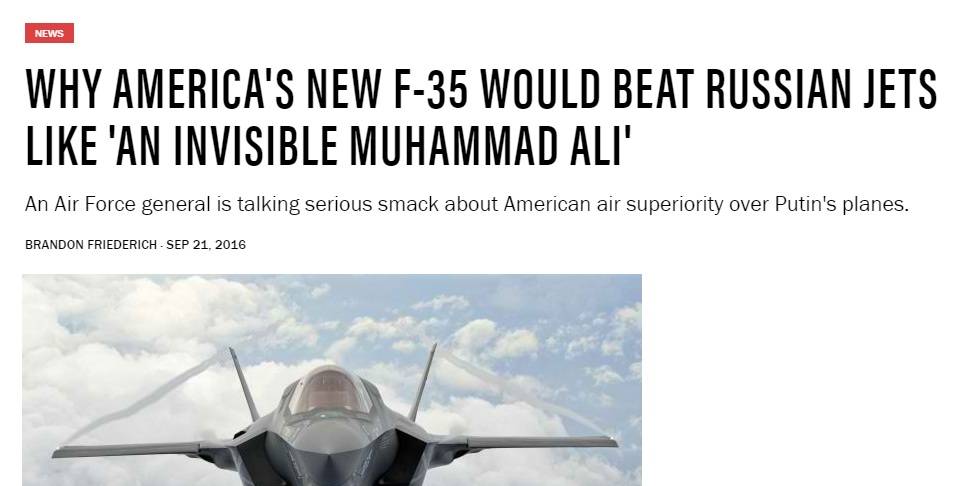 One half of the F-35 problem is that’s such an ambitious design trying to incorporate so many never-tested technologies and concepts at once that it’s almost certain that it can not be successful. This isn’t a combat jet, it’s a 1.1 trillion dollar technology demonstrator.

And even if it could — billions of dollars more from now — be made into an actually practical plane, why exactly should Russians fear a flying machine that climbs too slowly to be an interceptor, isn’t maneuverable enough to be a fighter, doesn’t carry enough ordnance to be a fighter-bomber, is too hot to be a stealth, and is too under-gunned, gulps up fuel too fast and flies too fast to be a close air support plane?

General Tod Wolters insists the F-35 is “invisible” but it lights up like a Christmas tree on an infrared sensor and long-wave radar. Its active radar leaves a big signature — unless it’s switched off at which point it’s the F-35 which is facing “invisible” enemies.

Wolters’ colleague, Dutch commander Lt. Gen. Luy on the other hand talks up“the unparalleled situational awareness” the F-35 supposedly brings to the fight. However, the quest for this “unparalleled” ability has so far served to blind and dumb-down the poor jet. With a double set of sensors, and even data-sharing between planes, the F-35 has huge problems with the pilot seeing double, triple and quadruple false positives.

Actually here’s the funniest thing — the F-35 is designed to communicate with so many systems that it can in theory be hacked (11:20) and disabled by the enemy without ever firing a shot. Now how’s that for fighting an invisible Mohammed Ali? 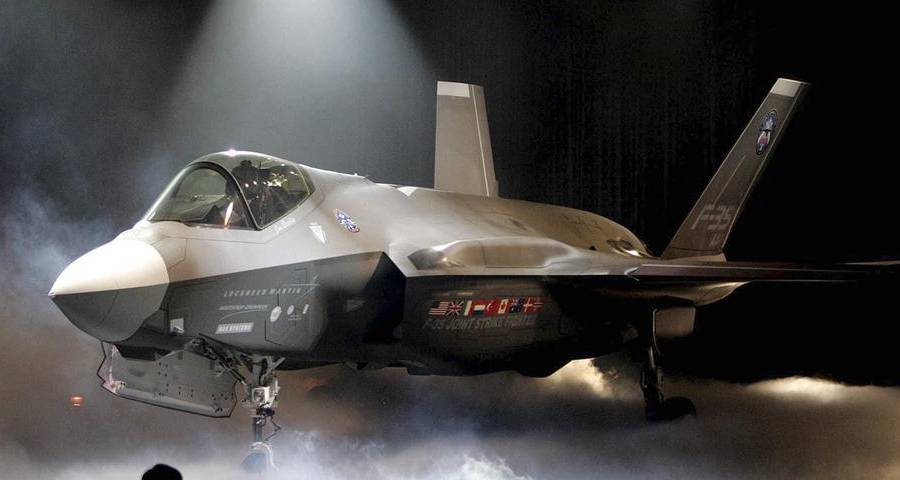