(Natural News) The flu shot is a quack science medical hoax. While some vaccines do confer immunization effectiveness, the flu shot isn’t one of them. Recent studies, for example, have proven that flu shots sharply weaken immunity in subsequent years following immunization. In some years, the flu shot viral strains are completely wrong, offering no immunity at all to influenza strains circulating in the world. Even when flu shots are the “right” strain, flu vaccine insert sheets readily admit the shots have not been subjected to double blind placebo controlled studies, and there is no legitimate scientific evidence whatsoever that supports the claim that each year’s flu vaccine confers meaningful immunity. (See photo of the Flulaval vaccine insert sheet, below.)

Now, a new study conducted by the Scripps Research Institute and published in the science journal PLoS blows the lid on exactly why flu shots are the greatest medical hoax in the history of science and medicine. Titled, “A structural explanation for the low effectiveness of the seasonal influenza H3N2 vaccine,” the research paper concludes that the very method of modern flu vaccine production causes viral strains to mutate to non-effective structures that do not confer the immunity being routinely claimed for flu vaccines.

The production method for flu vaccines, in other words, renders certain influenza viral strains nearly useless. This is obviously part of the reason why people who get flu shots still manage to catch the flu with alarming frequency. (That failure of flu vaccine effectiveness, ironically, is used by the media to encourage people to get even more flu shots, as if receiving multiple injections of a quack vaccine might magically make it work better.)

From the abstract of the study:

The effectiveness of the annual influenza vaccine has declined in recent years, especially for the H3N2 component, and is a concern for global public health. A major cause for this lack in effectiveness has been attributed to the egg-based vaccine production process… Overall, these findings help explain the low effectiveness of the seasonal vaccine against H3N2 viruses…  It is common to use chicken eggs for culturing clinical isolates and for large-scale production of vaccines. However, influenza virus often mutates to adapt to being grown in chicken eggs, which can influence antigenicity and hence vaccine effectiveness.

In the summary of the paper, the author openly admits that flu vaccines don’t work and urges the vaccine industry to urgently change its production practices:

The author even admits that flu vaccine propaganda is largely false, describing how the goal of flu shot immunization has still not been achieved even after 70 years of quackery, propaganda and social engineering to push vaccines that simply don’t work:

Despite the first commercial influenza vaccines being approved in the US more than 70 years ago, complete and broad protection from an influenza vaccine has remained out of reach. Furthermore, in the past decade, the effectiveness of the seasonal vaccine against H3N2 viruses has been particularly low.

This graphic from the study shows the mutation of the physical structure of the viral fragments, rendering them ineffective for immunization: 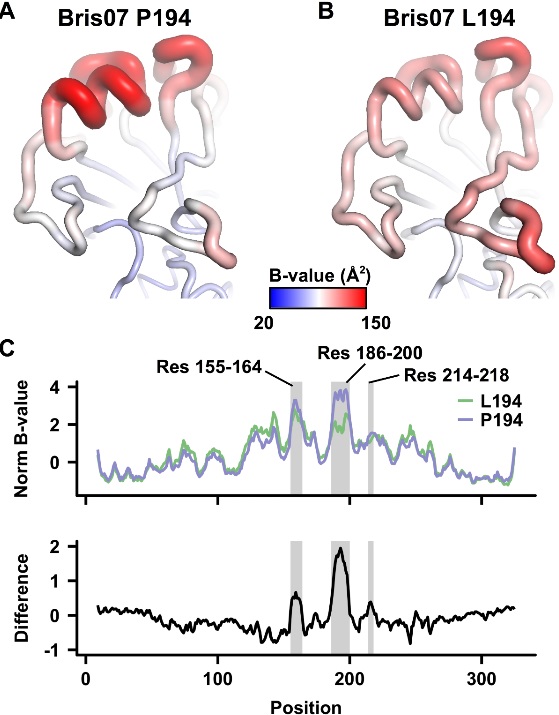 Contrast all this with the quackery and lies of the vaccine industry which absurdly claims two utterly false things:

False claim #1: All vaccines work all the time on all people.

False claim #2: Vaccines pose no risks whatsoever and are always safe for everyone.

These two persistent lies continue to be pushed by vaccine industry cultists, doctors, pharmacists, medically illiterate news reporters and dishonest medical quacks, which is why the CDC, vaccine makers and deceptive vaccine propagandists increasingly look like fools and hucksters to the informed public. “Vaccine Injury Denialism” is now essentially a dangerous mental disorder that has now spread across the corrupt medical industry which rejects real science in order to worship a kind of “vaccine cult” that denies biological reality.

The irrefutable truth about vaccines is that they don’t work most of the time, but they simultaneously expose recipients to serious risk of harm, mostly stemming from toxic vaccine ingredients that are formulated into the vaccine cocktail alongside the viral strains. These toxic ingredients are widely documented to cause paralysis, comas, seizures, neurological disorders and even death. That’s why the vaccine injury compensation program in the United States — often dubbed the “Vaccine Court” — has already paid out over $3 billion damage awards to families of damaged children who were maimed or killed by vaccines.

The government-run VAERS database, available at this link, confirms that at least 144 children were killed by vaccines in 2016 alone, with thousands more injured, maimed or sickened by the dangerous shots. For example, this Texas girl went blind and was paralyzed just two days after being vaccinated. The Hepatitis B vaccine routinely kills newborns from system shock. Vaccines have been repeatedly and scientifically linked to an increased risk of autism. Merck vaccines reportedly killed these babies in Mexico, and in one Mexican town, 75% of the children who received vaccine shots ended up either dead or hospitalized.

The propaganda and quackery behind vaccines is so severe and undeniable that the mainstream media has even begun to admit that vaccines spread disease.

To the surprise of many, vaccine insert sheets openly admit that flu shots have never been subjected to medical studies that show they even work. This insert sheet is from a 2014 Flulaval vaccine:

…there have been no controlled trials adequately demonstrating a decrease in influenza disease after vaccination with FLULAVAL.

There’s even more. If you keep reading the FLULAVAL insert, it says in black and white text, “Safety and effectiveness of FLULAVAL in pediatric patients have not been established.”

The same insert also says, “FLULAVAL has not been evaluated for carcinogenic or mutagenic potential, or for impairment of fertility.”

“Thimerosal, a mercury derivative, is added as a preservative. Each … dose contains 50 mcg thimerosal. Each dose may also contain residual amounts of ovalbumin, formaldehyde, and sodium deoxycholate from the manufacturing process.”

As this Natural News article documents, flu shot side effects include:

Finally, this flu shot even warns that you should never give it to anyone who has previously had a different flu shot, even in previous years:

Do not administer Flulaval to anyone… following previous administration of any influenza vaccine.

The science paper mentioned above is just the latest example of real science exposing the quackery and fraud of flu shot vaccines, which still contain toxic mercury — a brain-damaging neurotoxin — in the form of thimerosal, a toxic preservative. The fact that flu shots containing mercury are still administered to children and expectant mothers across America is an indictment of the wholesale dishonesty and abandonment of medical ethics practiced by the failed medical system in America today.

Now, thanks to real science that’s finally emerging, we know why flu shots don’t work. In fact, the scientists studying why they don’t work are now openly admitting the fact that they don’t work!

I wonder, will vaccine zealots now call the Public Library of Science a “conspiracy publication” because they published a science article that explored the riddle of why flu vaccines fail so often? I’ve been warning you for over a decade that flu shots don’t work. Now, it seems, my warning has become a published conclusion in the scientific record. The fact that flu shots don’t work is so widely known in the scientific research community that the idea itself isn’t even controversial. This study, after all, didn’t even need to determine whether or not flu shots actually work… it’s a given that they don’t work… rather, the study sought to determine the reason why flu shots don’t work.

That’s why any person who claims flu shots always work is either dishonest, scientifically illiterate, or wildly uninformed.