Bill Clinton was president from 1993-2001. We know he NAFTA the economy, put in place the foundation for the Housing Bubble and it was under his watch the weak national security policy slowly crept in by for example not reacting to Osama Bin Laden’s Al Qaeda attack on the USS Cole, 12 October 2000. As history has shown, when the West isn’t paying attention, the terrorists gets more bold. Vigilance, intelligence and national security doesn’t seem to be on the radar screen to Democrats. “Hug it out” approach to terrorists has proven not to work, and now the US are risking electing a candidate that is even more pro-Islamic than President Obama. 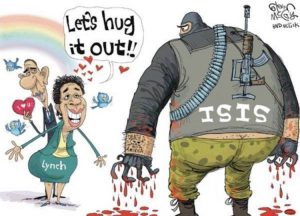 So, would there be a 9/11 attack on the US without Bill Clinton in the White House? We’ll never know .. But would you let him in again in order to find out exactly how the correlation is?

While America Slept: The True Story of 9/11

Perspective : Look Up Your Risk of Dying of COVID-19