First – There’s nothing “new” about the “Green New Deal” – it’s not even “green” – It’s the same old socialism that has failed everywhere it has been tried. It’s not a coincidence that it’s always the left who is coming up with these kinds of stupidities and btw. no scientists today supports the (Man Made) Global Warming SCAM, corrupt Rent & Grant Seeking activists and criminals on the other hand .. Why Politicized Science Is So Dangerous

Planned Climate Change Panel: Perhaps the tide has finally turned, are we finally going to see the (Man Made) Global Warming SCAM ending? That would be great for the economy, for poor people, for the development of the world, for everything!

It’s funny that the Rent & Grant Seeking Community of activists and criminals doesn’t want a honest review of the “settled” science. Logically, if it really is “settled”, what’s there to be worried about?

That they will find it is settled? I’m afraid not .. New Study: North America Cooling Since 1998

The letter’s signatories include conservative think tanks, science groups, scientists such as Ivar Giaever, who won the Nobel Prize in Physics in 1973, and others. Recent climate science is built on shaky predictions from flawed models, manipulated data and narrative-driven reports, the letter states.

“In our view, an independent review of these reports is long overdue,” the letter, obtained by The Daily Caller News Foundation, reads. “Serious problems and shortcomings have been raised repeatedly in the past by highly qualified scientists only to be ignored or dismissed by the federal agencies in charge of producing [climate] reports.”

A February report by The Washington Post revealed that top administration officials at the White House, including Trump, are considering creating an independent panel of hand-picked government scientists to review the climate science at the base of federal reports such as the second volume of the National Climate Assessment released in November 2018.

Democrats used the report to push for more government-driven action on climate change while the White House downplayed the report’s importance, saying it was “largely based on the most extreme scenario” of global warming.

“The conclusions and predictions made by these reports are the basis for proposed energy policies that could cost trillions of dollars in less than a decade and tens of trillions of dollars over several decades,” the letter says. “Given the magnitude of the potential costs involved, we think that taking the insular processes of official, consensus science on trust, as has been the case for the past three decades, is negligent and imprudent.” 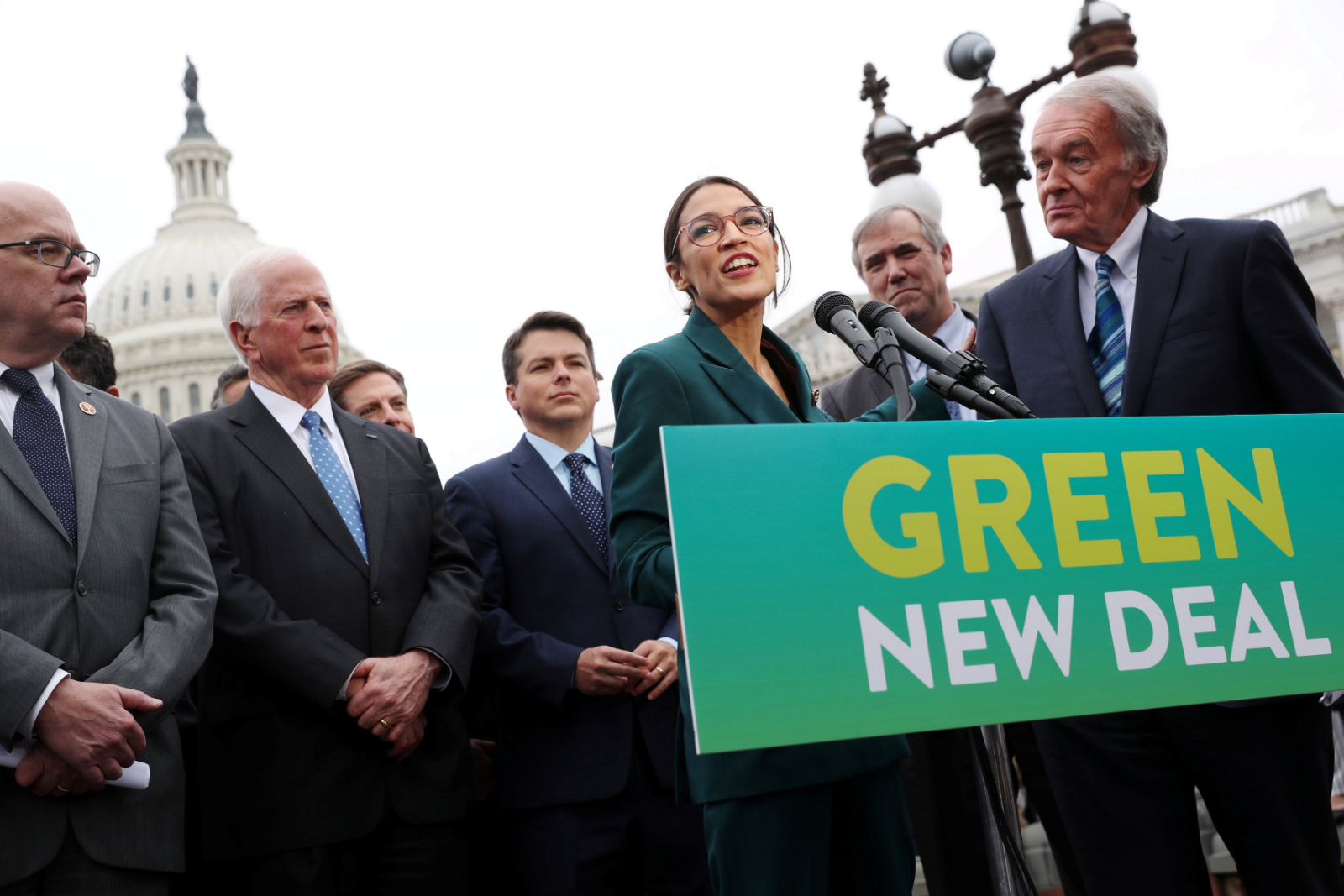 Ocasio-Cortez’s plan is thought to cost trillions or tens of trillions of dollars to enact with substantive policies. The resolution itself is largely filled with ideas and goals, making any hard estimates impossible to measure.

“If the alarmists are truly confident in their claims, they should welcome a review which would put to rest the doubts that have been expressed by climate skeptics. The opposition to a critical review suggests that the alarmists know their case is built on hot air and not on sound science,” Myron Ebell, director of the Competitive Enterprise Institute’s Center for Energy and Environment, said in a statement.