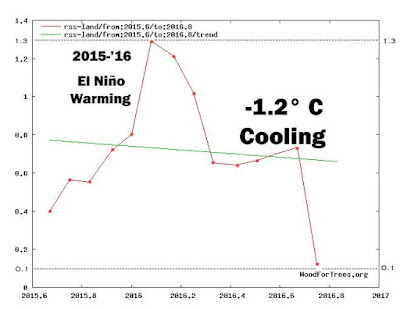 Temperature in the atmosphere is given due to input of energy, pressure, gravity and mass. That is the reason the temperature on Venus is the same at the height of 50 km. where the pressure is the same as on the surface of the earth despite the Venus atmosphere consists of over 96% CO2.

Let’s go ahead and walk through that sentence again. The Cook et al 97% paper included a bunch of psychology studies, marketing papers, and surveys of the general public as scientific endorsement of anthropogenic climate change. I only spent ten minutes with their database — there will be more such papers for those who search. I’m not willing to spend a lot of time with their data, for reasons I detail further down.

This paper is vacated, as a scientific product, given that it included psychology papers, and also given that it twice lied about its method (claiming not to count social science papers, and claiming to use independent raters), and the professed cheating by the raters. It was essentially voided by its invalid method of using partisan and unqualified political activists to subjectively rate climate science abstracts on the issue on which their activism centers — a stunning and unprecedented method. I’m awaiting word on retraction from the journal, but I think we already know that this paper is vacated. It doesn’t represent knowledge of the consensus.” More ..

From Friends of Science Newsletter by Albert Jacobs

Kenneth Richard has compiled a list of 770 papers published since January 1,  2014 that contradict the IPCC consensus statement, see here.

This includes 240 papers published during the first half of 2016, as shown here.

The list of papers includes 43 on solar influences, 27 on natural ocean oscillation, 2 on Rossby waves, 3 on ozone, 6 on the small effect of CO2, 11 on natural variability, 11 on clouds and aerosols, 3 on CO2 stratospheric cooling, 15 on past climates, 4 on settled science, 19 on Climate Model Unreliability, 2 on urban warming, 6 on volcanic forcing, 2 on warming oceans, 7 on miscellaneous topics, 2 on forest fires, 2 on cold vs heat deaths, 6 on climate policy, 7 on extreme weather, 20 on polar ice, 9 on sea level rise, 12 on ocean acidification, 2 on hurricanes, 4 on droughts, 3 on natural climate catastrophe, 7 on greening and crop yields and 1 on low climate sensitivity.