This letter from the Chief Executive of the renewables lobby group, RenewableUK, is in the Sunday Telegraph today:

SIR – You report that “wind farms can harm sleep”.

We welcome the Government’s report on turbine acoustics, a useful addition to work already being done to help minimise the impact of wind farms. Industry proposed a new planning condition over three years ago, and developers have been using this to engage with communities and resolve problems.

However, the report also confirms what every other peer-reviewed study has found – that there is no evidence of a direct link between wind farms and health, stress or sleep problems. When acoustic issues have been raised, our industry aims to address them swiftly and effectively.

A recent poll put the level of public support for onshore wind farms at 71 per cent. Onshore wind is the cheapest form of new-build power generation available in Britain, offering home-grown electricity and a pipeline of shovel-ready projects. We are not asking for special treatment – just a chance to compete.

He claims that onshore wind is the cheapest form of new-build power generation available in Britain,but this is easily disprovable.

In the latest allocation round of CfD contracts, fifteen onshore wind farm projects, with a capacity of 748 MW, were awarded deals worth, at current prices, between £83.42 and £87.40/MWh. These prices are guaranteed and index linked for fifteen years.

The wind farms are mostly due for commissioning between 2017 and 2019.

In contrast, the new 880 MW CCGT plant at Carrington, Manchester is now fully operational. It receives no guaranteed prices, but instead will sell its output in the market, where annual power prices are currently £42.20/MWh.

Moreover, the CfD system effectively allows wind farms to sell all of their output, giving them a huge financial advantage which competitors don’t have.

On top of all this, wind power is intermittent, and the cost of providing standby capacity has to be paid for by bill payers.

McNeal’s plea that they just want a chance to compete is exactly what they are now being given. The government has not said it wants to ban them, simply remove all further subsidies from new projects.

However, this level playing field is precisely what RenewableUK do not want. Only last month, they issued this press release:

Responding to the publication of a series of reports today by the Government’s advisory body, the Committee on Climate Change, RenewableUK’s Deputy Chief Executive Maf Smith said:
“The CCC is right to highlight that fact that new auctions for low-carbon contracts for onshore wind can help drive down the cost of people’s electricity bills. When it comes to putting the consumer first, onshore wind deserves a clear route to market, as it’s the cheapest way to generate new power.

“The UK Government’s leading role in securing the global agreement on climate change in Paris is being backed up by firm action at home. Renewables are playing a major role in our commitment to decarbonise, as well as delivering affordable, home-grown power to British homes, factories and offices”.

The CCC’s recommendation, that onshore wind should be included in new CfD auctions, was made on the basis that onshore wind is, if nothing else, cheaper than offshore wind. RenewableUK are backing this call, because they know onshore wind cannot be viable without such guaranteed subsidies.

As for McNeal’s other claims:

1) If he really believes there are no acoustic issues, let him go and live half a mile away from one of his precious wind farms.

2) Opinion polls showing support for wind power might give different results, if respondents were asked if they were prepared to pay extra for their electricity.

One other issue that I find intensely irritating. The Telegraph, along with most papers I suspect, frequently gives space in its letters column to lobby groups, such as RenewableUK. I have never come across a lobby group yet that wants to give you the unvarnished truth. But that is what many readers will think they are getting, because they sound as if they are authoritative, and don’t realise all they are being fed is dishonest spin. 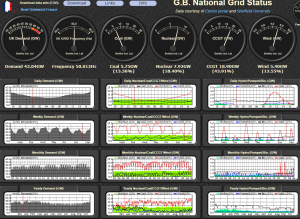