BAGHDAD — If there were such a thing, it would probably be rule No. 1 in the teaching manual for instructors of aspiring suicide bombers: Don’t give lessons with live explosives.

In what represented a cautionary tale for terrorist teachers, and a cause of dark humor for ordinary Iraqis, a commander at a secluded terrorist training camp north of Baghdad unwittingly used a belt packed with explosives while conducting a demonstration early Monday for a group of militants, killing himself and 21 other members of the Islamic State of Iraq and Syria, army and police officials said.

Iraqi citizens have long been accustomed to daily attacks on public markets, mosques, funerals and even children’s soccer games, so they saw the story of the fumbling militants as a dark — and delicious — kind of poetic justice, especially coming amid a protracted surge of violence led by the terrorist group, including a rise in suicide bombings.

Just last week a suicide bomber struck a popular falafel shop near the Ministry of Foreign Affairs here, killing several people. On Monday evening Raad Hashim, working the counter at a liquor store near the site of the attack, burst out laughing when he heard the news.

“This is so funny,” Mr. Hashim said. “It shows how stupid they are, those dogs and sons of dogs.”

More seriously, he said, “it also gives me pain, as I remember all the innocent people that were killed here.” 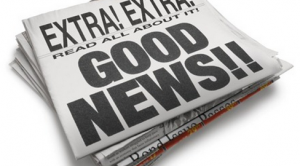 “This is God showing justice,” Mr. Hashim continued. “This is God sending a message to the bad people and the criminals in the world, to tell them to stop the injustice and to bring peace. Evil will not win in the end. It’s always life that wins over death.”

Another resident of the area, who lives near the ministry building that was targeted last week, said: “I heard this today when my friend rang me in the afternoon to tell me about it. He was so happy as if he was getting married.

“Which made me happy as well,” the resident said. “I hope that their graves burn and all the rest of them burn as well. I was not happy with the number killed, though: I wanted more of them to die, as I remember my friend who was killed by a suicide bomber in 2007.”

Iraq is facing its worst violence in more than five years, with nearly 9,000 people killed last year and almost 1,000 people killed last month. On Monday, a roadside bomb in Mosul, in northern Iraq, targeted the speaker of Parliament, Osama al-Nujaifi, a Sunni, security officials said. Six of his guards were wounded, but Mr. Nujaifi was unharmed, they said.

The Islamic State of Iraq and Syria evolved from its previous incarnation as Al Qaeda in Iraq, but recently Al Qaeda’s central leadership disavowed the group, which has taken on an increasingly important role in the fighting in Syria, as well as in Iraq.

Along with the increase in attacks on Iraqi civilians in Baghdad and elsewhere, the Islamic State of Iraq and Syria and other Sunni extremist groups have captured territory in western Anbar Province, and for weeks they have controlled the city of Falluja and parts of Ramadi, the provincial capital. Other areas of the country have also become strongholds of the Islamic State and of Al Qaeda.

Terrorist training camps have been set up in the mountainous areas of Diyala Province. Northern Nineveh Province has become a gateway for jihadis traveling from Iraq to Syria. Mosul, Nineveh’s capital, has become a center of financing for militant groups estimated by one Iraqi official at millions of dollars a month, generated by extortion and other schemes.

Suicide attacks make up an increasing share of the operations financed by this money stream. At a congressional hearing last week, Brett McGurk, a senior State Department official, said 50 suicide attacks occurred in Iraq in November, compared with three in November 2012. “The suicide bomber phenomenon, it is complete insanity,” Mr. McGurk said.

In addition to the 22 militants who were killed, 15 others were wounded in the explosion on Monday at the militant compound, in a rural area of northeastern Salahuddin Province, according to police and army officials. Stores of other explosives, including explosives packed in at least 10 vehicles, ready for operations, were found at the camp, as well as heavy weapons, the officials said.

Eight militants were arrested when they tried to escape, the officials said. The militant commander who was conducting the training was not identified by name, but an Iraqi Army officer described him as a prolific recruiter who was “able to kill the bad guys for once.”

Referring to the recruiting pitch that martyrdom is a sure ticket to heaven and the virgins that await there, the officer added, “Maybe this suicide bomber will really get to heaven as they say.”

Back at the liquor store in Baghdad on Monday evening, Mr. Hashim, in almost a celebratory mood, passed four bottles of Corona to a customer and took his money.

“What happened today was not death, but it was life to us,” Mr. Hashim said. “Those 22 who were killed today might have killed hundreds of Iraqis, hundreds of innocent souls. May they burn in hell.”