Newly published data gathered by NASA’s AIRS satellite confirm the Earth is warming more slowly than has been forecast by climate activists and the United Nations Intergovernmental Panel on Climate Change (IPCC). Data gathered from 2003 through 2017 confirm temperatures remained essentially flat from 2003 through 2015, finally rising briefly as a strong El Nino formed in 2015 and lasted into 2016 (https://ggweather.com/enso/oni.htm). Even with El Nino adding an illusory warming spike at the end of the period, temperatures still rose just over 0.2 degrees during the 15-year period. That pace works out to less than 1.5 degrees of warming per century.

IPCC initial forecasts called for 0.3 degrees Celsius of warming per decade, while skeptic forecasts have tended to hover around 0.1 degrees. As temperatures warmed more slowly than IPCC predicted, IPCC reduced its forecasts to meet skeptics in the middle, moving to a predicted 0.2 degrees warming per decade. Even so, the newly published data indicate IPCC continues to forecast more warming than real-world data indicate.

Last week NASA bureaucrats presented the AIRS satellite data in a paper published by Environmental Research Letters (https://iopscience.iop.org/article/10.1088/1748-9326/aafd4e). One of the paper’s co-authors, Gavin Schmidt, is a vocal climate alarmist who oversees the NASA’s Goddard Institute, which publishes controversially adjusted temperature data called the GISTEMP temperature series. Rather than frankly acknowledging the very modest warming revealed by the AIRS data, Schmidt and colleagues attempted to twist the data’s meaning.

“We may actually have been underestimating how much warmer [the Arctic’s] been getting,” said Gavin Schmidt, as quoted in the Washington Post (https://www.washingtonpost.com/climate-environment/2019/04/17/satellite-confirms-key-nasa-temperature-data-planet-is-warming-fast/?noredirect=on&utm_term=.2c3c3a7876a8).

“If anything, the researchers found, the pace of climate change could be somewhat more severe than previously acknowledged, at least in the fastest warming part of the world — its highest latitudes,” wrote Mooney. 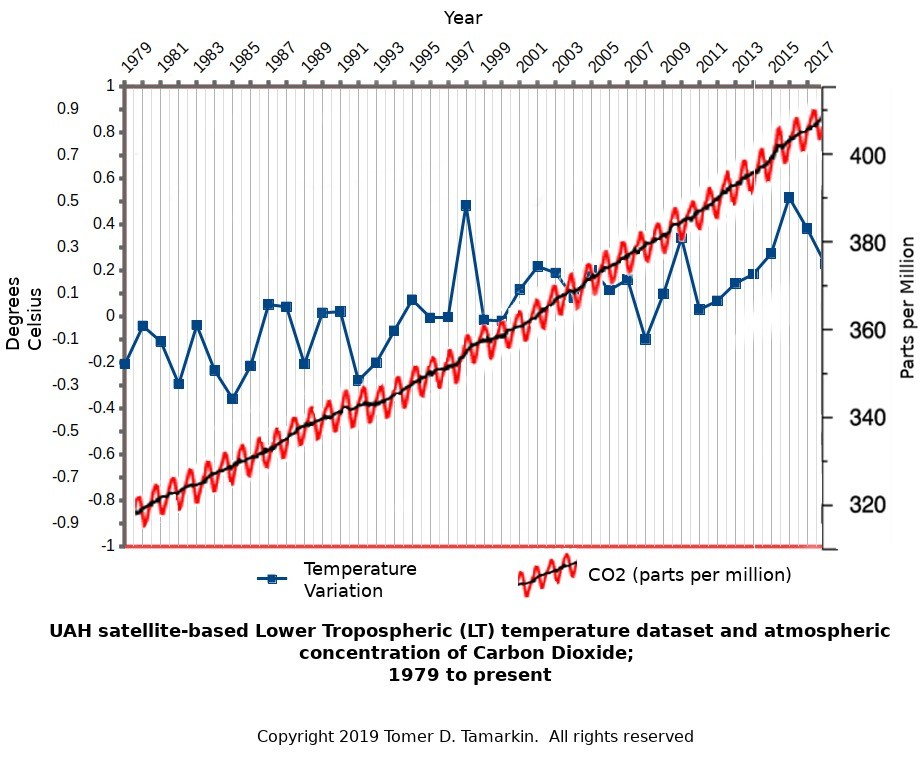